The manoeuvres in southern Russia would include training on tracking devices to determine enemy movements in bad visibility. In Crimea, soldiers would undergo tactical and shooting training 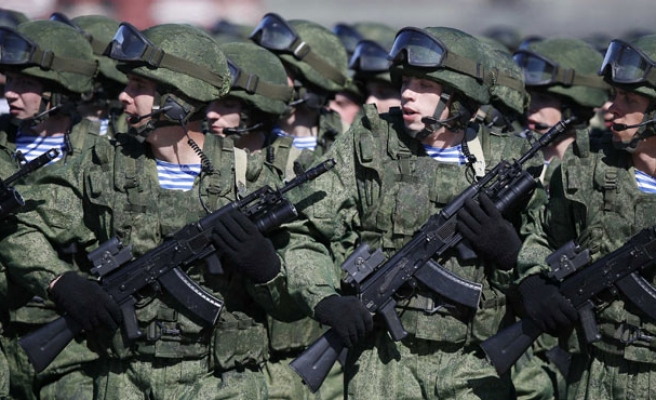 Hundreds of Russian troops started military exercises in southern Russia near the border with Ukraine on Tuesday, in a show of strength before a summit on the Ukraine crisis in the Belarussian capital Minsk.

Separately, more than 600 soldiers had started training in the southern Crimea peninsula, and in Kamchatka, in Russia's east, 2,500 soldiers of the Pacific Fleet and joint forces were checked for military readiness.

The manoeuvres in southern Russia would include training on tracking devices to determine enemy movements in bad visibility. In Crimea, soldiers would undergo tactical and shooting training, the news agencies reported.

Around 1,500 Russian troops have crossed into eastern Ukraine over the weekend, said a Ukraine military spokesman Monday.

Andrey Lisenko said Russia has continued to provide arms, ammunition and oil to regions occupied in the east, plagued by quasi-incessant fighting between government forces and pro-Russian separatists for months.

"Around 1,500 Russian soldiers and more than 300 military vehicles have entered in Ukraine," said Lisenko.

He also claimed the vehicles, en route to the cities of Luhansk, Debaltsevo and Antratsit, were carrying heavy rocket systems.

In addition, Lisenko said nine Ukrainian soldiers had been killed and 26 others wounded in clashes with armed separatists in the last 24 hours, adding that separatists had launched more than 100 attacks against locations where government forces were stationed.

U.S. and European leaders accuse Russia of supporting the conflict in Ukraine with arms and ammunition. Moscow says the U.S. and the EU have deliberately destabilized the country in order to expand the west's military presence in Eastern Europe through NATO.

More than 5,300 people have been killed and 12,200 injured in eastern Ukraine since mid-April last year, according to the U.N. high commissioner for human rights, while at 1.5 million people have been displaced from their homes.

The leaders of Ukraine, Russia, France and Germany are expected to meet in Minsk on Wednesday to seek an end to fighting in eastern Ukraine.