The IMF said it now expects the world's number three economy to post 1.5 percent GDP growth in 2017 and 0.7 percent next year, up from a July projection of 1.3 percent and 0.6 percent respectively. 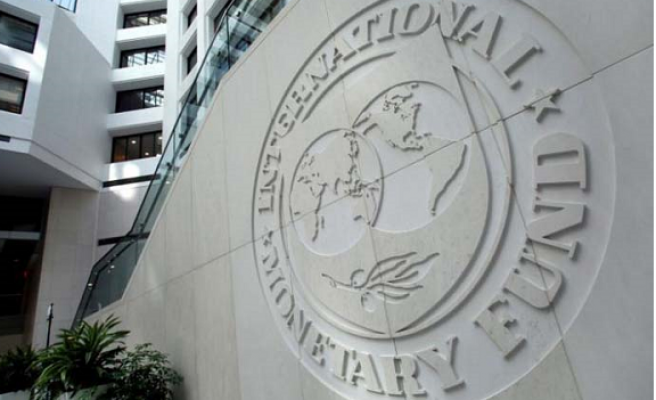 The International Monetary Fund Tuesday raised its growth forecast for Japan's economy this year and next, but warned that a shrinking labour force and weak inflation will be a drag on the country's prospects.

The fund cited a pickup in exports and stronger consumer spending for the upgraded outlook, after Japan's economy grew 1.0 percent in 2016.

"Stronger private consumption, investment, and external demand bolstered overall growth momentum in the first half of the year," it said in its latest World Economic Outlook.

But the pace of expansion would weaken after this year as government stimulus fades, consumer spending moderates and a boost from investments linked to the Tokyo 2020 Olympics is "offset by higher imports and slower projected growth in foreign demand", it added.

The 2018 growth estimate factors in the likelihood of the Bank of Japan tightening its record monetary easing policy, the IMF said.

Japan's economy expanded in the April-June period, marking six straight quarters of gains in its longest winning streak for more than a decade.

Business confidence is also at its highest in a decade, but the country is still grappling with low birthrates, a shrinking labour force and years of on-off deflation.

The inflation rate is nowhere near the Bank of Japan's 2.0-percent target, despite years of record monetary easing.

"But inflation rates are projected to remain below the Bank of Japan’s target throughout the forecast horizon," it added.

The report repeated calls to bring more women into the workforce -- something Prime Minister Shinzo Abe has pledged to do -- with flexible work schedules and more daycare spots, while it also called on Tokyo to boost near-zero immigration.

"In ageing societies, ensuring the affordability of elderly care is also crucial, given that, if care is too expensive, it would typically be the secondary earners in households -- typically women -- who shoulder the burden of unpaid work at home," the report said.

Another key issue is a planned sales tax rise in 2019.

Abe -- facing an election this month -- has said he would press on with the increase, even after the economy was pushed into a brief recession following a 2014 rise.

"Japan should withdraw fiscal support very gradually, including through a gradual increase in the consumption tax rate over several years," the IMF report said.

Japan's national debt is now more than twice the size of its economy -- one of the world's biggest -- as it wrestles with spiralling social welfare costs.