Yingluck was removed from office in May, after a court found her guilty of abuse of power, days before the army staged a coup 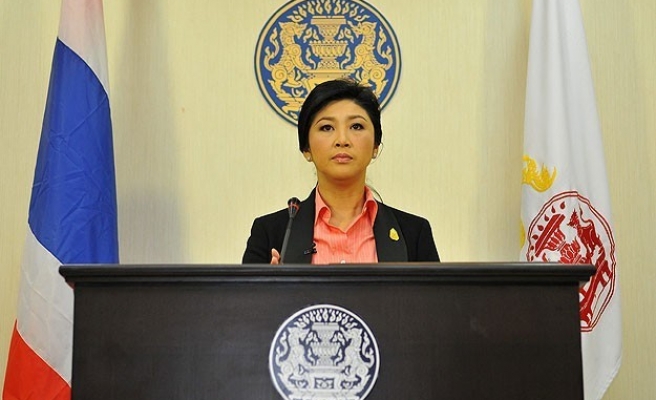 Yingluck was removed from office in May, after a court found her guilty of abuse of power, days before the army staged a coup after months of sometimes violent street demonstrations in Bangkok aimed at ousting her government.

A day after she was removed, Thailand's National Anti-Corruption Commission found her guilty of mishandling the rice scheme.

Friday's decision sees the ruling junta, formally known as the National Council for Peace and Order (NCPO), edging a step closer to rooting out the influence of Yingluck and her brother, former Prime Minister Thaksin Shinawatra.

Thailand has been convulsed by bouts of political turbulence ever since Thaksin was removed in a previous putsch in 2006. The kingdom is bitterly divided between his supporters and detractors.

Ambika Ahuja, a Southeast Asia specialist at Eurasia Group, a New York-based political consultancy, said the military was using the threat of impeachment as a "bargaining chip".

"Given the potential backlash from Thaksin's grassroots supporters, the army will proceed cautiously," said Ahuja. "The military is going to want to use the possibility of impeachment as a bargaining chip rather than an immediate end game."

In Thailand, officials can be impeached even after leaving office. Yingluck faces a five-year ban from office if impeached.

"We have set Friday January 9, 2015 to be the opening day for a hearing involving the defendant, the National Anti-Corruption Commision, and the accused, Yingluck," said Pornpetch Wichitcholachai, president of the National Legislative Assembly.

The rice scheme, which paid farmers up to 50 percent above-market rates for their crop, helped bring Yingluck to power in a landslide election in 2011 due to support from farmers mostly in the north and northeast of the country.

However, the scheme became financially unsustainable, leaving hundreds of thousands of farmers unpaid and an estimated 19.2 million tonnes of unsold rice in state warehouses.

The hearing will take 45 days before a vote on whether to impeach Yingluck.

The junta has reshuffled the civil service and purged some senior officers in the police force, once seen as an institution loyal to Thaksin, to try to neutralize his allies.

Yingluck faces separate, criminal charges brought against her by the NACC over the rice scheme. If found guilty, she faces up to 10 years in jail. But public prosecutors said there was not enough evidence and set up a committee to further investigate the case.