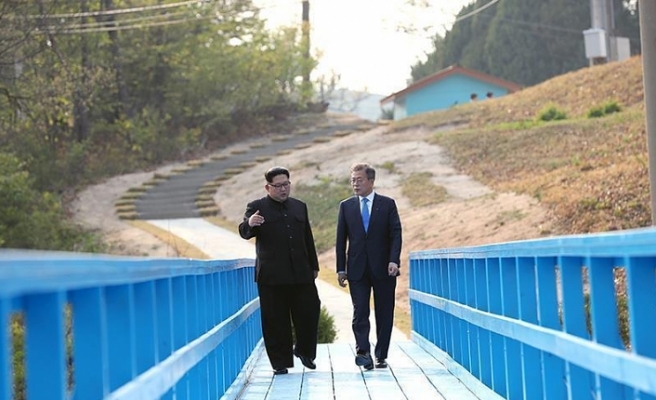 Capping off a historic year of cross-border meetings, North Korean leader Kim Jong-un called for the continuation of peace talks in 2019 in a letter to South Korean President Moon Jae-in, local media reported on Sunday.

“Through the letter, he delivered a warm year-end greeting wrapping up the year 2018 and an intention to move together for the sake of peace and prosperity on the Korean Peninsula,” he added.

“Kim also said that the leaders of the two Koreas have taken practical measures this year helping to get over the long-running confrontation across their border,” said the spokesperson.

"Chairman Kim made clear that he wants to meet President Moon frequently in 2019 as well to move forward discussion on peace and prosperity and expressed an intent to resolve the denuclearization of the Korean Peninsula together," said the spokesperson, according to the agency.

“Even though there will be a lot of difficulties going forward, our hearts will be opened to each other depending on how much effort we make,” he added.

In an unprecedented thaw in ties, South and North Korean leaders met three times this year, in April, May, and September.

The April 27 meeting featured the signing of the historic Panmunjom Declaration for Peace, Prosperity and Unification of the Korean Peninsula, a formal foundation for further denuclearization of North Korea and a peace deal between the two countries.