India and Pakistan ramp up aid for influence in Kabul

The nuclear-armed neighbours both want to secure influence in Kabul after foreign combat forces leave this year, and both are using aid as part of their strategy. 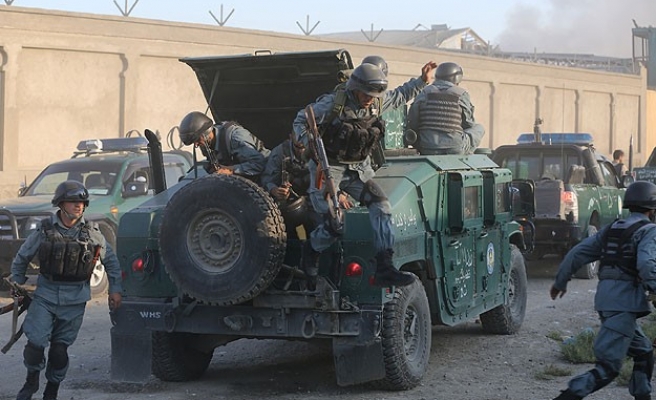 India's most important message for Afghanistan is that it is not leaving, and it is backing that message with the biggest aid package it has ever given another country.

Indian diplomats insist the message is meant as reassurance for allies in Afghanistan nervous about waning international support as NATO withdraws its troops. Yet it could equally have been chosen to send a warning to India's arch-rival, Pakistan.

The nuclear-armed neighbours both want to secure influence in Kabul after foreign combat forces leave this year, and both are using aid as part of their strategy.

India's $2 billion aid package includes several big projects, including a white marble parliament in Kabul that is rising up next to the blasted ruins of the old king's palace.

Relations between Afghanistan and Pakistan are rockier. Afghan President Hamid Karzai regularly accuses Pakistan of supporting Taliban militants, and has curtly made clear he cares more about security than Pakistani aid.

Some Afghans fear that the regional rivalry might drag their country into a proxy war.

"India is our friend. But Pakistan is our twin."

With the NATO withdrawal looming, Afghanistan has increasingly sought Indian military assistance, while Pakistani offers of military help have largely been snubbed.

India, wary of antagonising Pakistan, has refused to supply lethal equipment but that may change after Indian elections due by May. For now, New Delhi relies on soft power.

AID WITH NO STRINGS

A handsome new cream-and-red sandstone building in New Delhi houses the Indian agency overseeing foreign projects. Created in 2011, the agency's 25 officers oversee billions of dollars. An official, who declined to be identified, estimated India is expanding such projects by about 20 percent a year.

The agency is determined to do things differently from the donors who used to patronise India. Overheads are minimal: just one person in India's Kabul embassy oversees the Afghan package and all money goes through the Afghan government budget.

"We are not going to link development to political demands," the Indian official said. "We have experienced the futility of doing this, ourselves."

That approach has delighted Kabul, which is fed up with lectures about corruption from Western donors whose own wastefulness can be breathtaking.

Indian engineers have built power lines from Uzbekistan to Kabul - on time and $20 million under budget - and a road to Iran, now pockmarked by bomb blasts, designed to break landlocked Afghanistan's dependence on Pakistani ports.

For wells, schools and clinics, India simply pays the Afghan government to build them and report back.

"We have no reason to believe that the money would be wasted," Amar Sinha, the Indian ambassador to Kabul, said in his heavily fortified residence.

But at a school in Achin, a boulder-strewn dustbowl a day's walk from the Pakistani border, Reuters found a gaping hole in the roof, cracked walls and broken desks and chairs.

Head teacher Sabghatullah was surprised that records in Kabul said the school was complete.

"When India pays for such projects they should check on them, otherwise it is a waste of money," said 18-year-old student Samidullah Swan.

Afghanistan regularly ranks among the most corrupt countries in the world, a source of strain in ties with the United States and other donors and a major hurdle for development.

Pakistan has also ramped up its aid. When Karzai visited Islamabad last year, Prime Minister Nawaz Sharif announced an increase in total aid from $385 million to $500 million and enthused about roads, railways and medical centres.

When Karzai took the microphone he responded sourly: "The primary concern is lack of security ... and the continued menace of terrorism."

Pakistan insists it is doing all it can to help Kabul, including sheltering three million Afghan refugees.

But suspicion dogs their relationship, with Karzai accusing Pakistan of harbouring Afghan Taliban and other militants. Pakistan has a long record of using militants as tools, in particular against India.

India also accuses Pakistan-linked militants of attacks on its Kabul embassy, its consulate in the Afghan city of Jalalabad near the border with Pakistan, and a hostel housing Indian aid workers.

Pakistan denies such charges and accuses others of the same game. Some in Islamabad are convinced Afghanistan is nurturing factions of the Pakistani Taliban for future leverage.

"Why does India have consulates in Jalalabad? Why does it have a consulate in Kandahar?" asked one Pakistani security official.

"There are no Indians there," the official said, implying India's real motive was meddling in Pakistan.

The official Pakistani line is more measured, with improved relations with India at the heart of Sharif's foreign policy.

However, Pakistan's powerful military is wary: its worst nightmare is a hostile India on Pakistan's eastern flank and an unfriendly Afghanistan backed by India to the west.

As NATO's presence fades, Karzai is turning to India. More than 650 Afghan officers and members of its special forces have been trained in India. Now he wants tanks, mortars, field guns and air craft.

While India has been wary of supplying weapons or sending trainers to Afghanistan because it does not want to provoke Pakistan, that may change after India's election.

"It's not a poke in the eye for Pakistan, it's defensive capability for the Afghans," said Lieutenant General R.K. Sawhney, a former head of Indian military intelligence who is lobbying to give Afghanistan more support.

Pakistan has trained a handful of Afghan officers but Karzai has declined to send more, said presidential spokesman Aimal Faizi. When Sharif offered $20 million to help the Afghan army last November, Karzai did not even acknowledge it.

Senator Pashtoon said he was worried about the consequences for Afghanistan of alienating such an important neighbour.

"Our government thinks only good things of India," he said. "We have had 30 years of war. We do not want another 30."