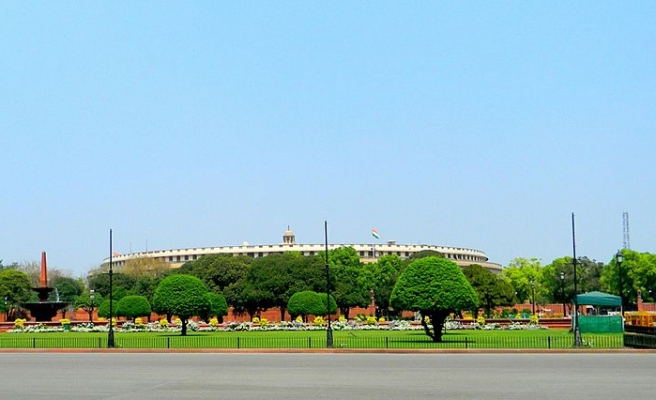 A populist anti-corruption party hoping to win state elections in Indian capital Delhi has had the spotlight turned to its own finances.

The Aam Aadmi Party, which translates as the Common Man's Party, was accused by a breakaway faction of receiving illicit funds.

The breakaway Aam Aadmi Volunteer Action March claimed on Monday that the party had received more than $300,000 in funding from four dubious companies which was, according to self-declared details on the party's website, split into four equal payments.

India's governing Bharatiya Janata Party, who are the main contenders in the Delhi state assembly vote on Saturday, have seized upon it with both Prime Minister Narendra Modi and Finance Minister Arun Jaitley accusing the anti-corruption party of receiving "black money."

Jaitley said the party was caught "red handed" but Aam Aadmi chief Arvind Kejriwal challenged the minister to arrest him, if the charges are proven.

“Everything, Delhi Police, Intelligence Bureau, Income Tax or CBI is in your hands. I challenge the Finance Minister to arrest me if he dares. I have not been dishonest,” said Kejriwal, prompting the finance minister Jaitley to question whether the bold statement was a "bluff and bluster exercise."

The Aam Aadmi Party lists all it's donors on a website, even for token amounts of a single Indian rupee. In contrast, an analysis by the Association for Democratic Reforms, which tracks political funding, shows that more than 80 percent of the annual income of the Bharatiya Janata Party comes from unknown sources.

“As the Finance Minister, if Mr. Jaitley believes any such hanky-panky is going on, then he should take action instead of posting messages,” said Jagdeep Chhokar, a founder member of the Association for Democratic Reforms.

“All the six national political parties have been defying a constitutional authority for 18 months," said Chhokar, referring to an order for parties to reveal their finances. "Also, these details of payments are out because the Aam Aadmi Party put them up on the website, the fact is it that has been transparent.”

The Aam Aadmi Party were the surprise victors of December 2013 Delhi elections and were able to form a state government on their anti-corruption program but Kejriwal quit as chief minister after less than 50 days, frustrated by barriers to a proposed anti-corruption bill.