India arrests more than 100 Tamil students and activists and other who staged a protest Indian forces killings in Kashmir, a Kashmiri ews agency said. 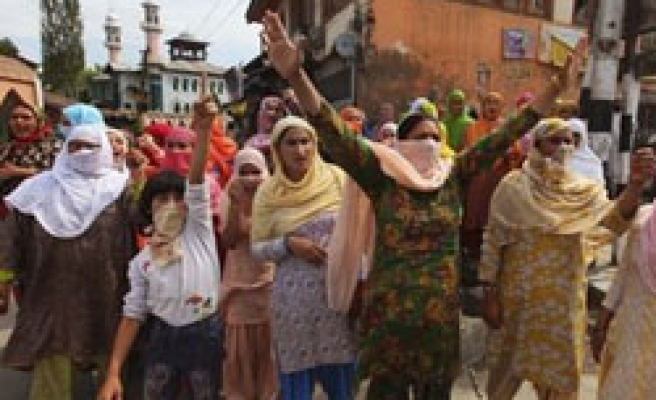 India arrests more than 100 Tamil students and activists from Periyar Dravidar Kazhagam (PDK) and other who staged a protest Indian forces killings in Kashmir, a Kashmiri ews agency said.

They also showed solidarity and extended their support to the Kashmiris’ pro-independence protests.

Tamil students demanded that India should stop “war” against the Kashmiri people, withdraw army from the territory and initiate talks on the Kashmiris’ rights to self-determination, Kashmiri Media Service said.

India deployed the army in Srinagar last month for the first time in nearly two decades. They were pulled from the city when violence was brought under control.