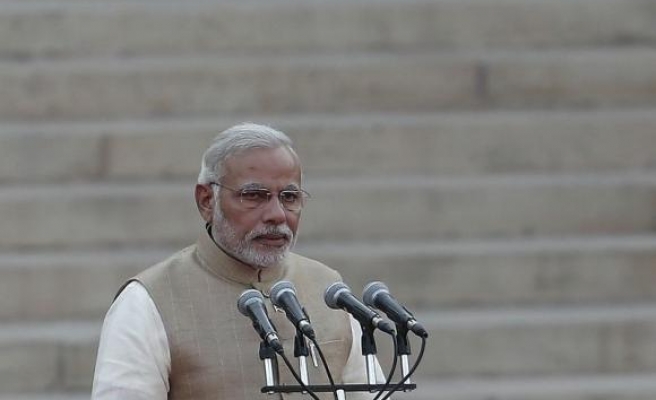 India has asked a United Nations military observer group on occupied Kashmir to vacate a government-provided bungalow in New Delhi, in a toughening stance against a mission that Indians have long opposed.

New Delhi has bristled against external involvement in the region including the U.N. Military Observers Group on India and Pakistan (UNMOGIP) that was set up in 1949 after their first war.

The Indian foreign ministry said on Tuesday the government had asked UNMOGIP to hand over the Delhi premises from where it was running a liaison office for more than four decades for free as part of efforts to rationalise the mission's presence in India.

The small U.N. mission has its main offices in the occupied Kashmir capital Srinagar and in the Pakistani capital Islamabad as part of a U.N. Security Council resolution to supervise the ceasefire in the divided region.

New Delhi has argued that the U.N. had little role to play after India and Pakistan signed the Simla Pact in 1972 under which the two countries agreed to resolve all disputes including Kashmir bilaterally.

Pakistan, however, has frequently called for third-party involvement to settle the dispute in Kashmir.

"We have said that as far as we are concerned the UNMOGIP has outlived its relevance. This is a consistent stance that we have articulated on several occasions," Indian Foreign Ministry spokesman Syed Akbaruddin told reporters after the Indian Express reported the notice given to the U.N. group to leave the Delhi premises.

UNMOGIP said it had received the request in May when India was in the midst of an election that the right wing Bharatiya Janata Party led by Narendra Modi eventually won.

No reasons were given for vacating the office, Major Nicolas Diaz, in charge of the Delhi office, said. He said the observers group would continue to operate in line with the U.N. mandate and that it was looking at alternative accommodation.

The military authorities of Pakistan have continued to lodge complaints with UNMOGIP about ceasefire violations in occupied Kashmir.

The military authorities of India have lodged no complaints since January 1972 and have restricted the activities of the U.N. observers on the Indian side of the Line of Control. They have, however, continued to provide accommodation, transport and other facilities to the observers.