67 Kashmiri students who cheered for Pakistan's cricket team were charged with sedition after cheering for Pakistan in a cricket match. 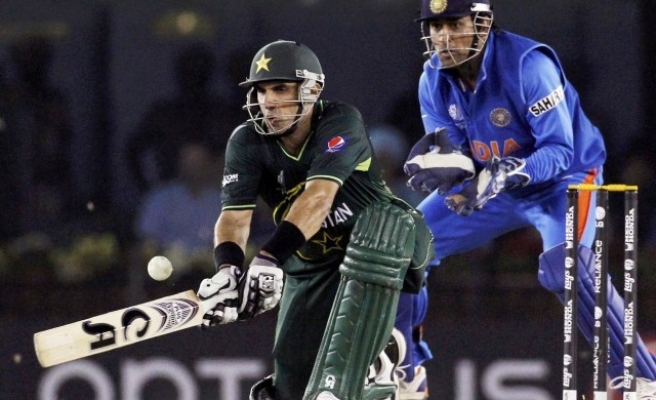 Indian Police charged 67 Kashmiri students, who were studying in India, with treason and sedition on Thursday after they cheered for the Pakistan cricket team in a game against India.

The students were suspended from their university in northern state Uttar Pradesh, where they had been watching the match in a common hall. They were also forced to vacate their accommodation.

“Police has booked yet unnamed Kashmiri students under section 124a [sedition], 153a [promoting enmity between different groups], and 427 [mischief] of the Indian Penal Code,” said Singh.

One of the students, who returned to Indian-held Kashmir on Thursday and wishes to remain anonymous, said the students were afraid to return to the university because of the hostility they have faced.

“We will not say that we did not cheer for Pakistan but we do not think that it is a crime to support a sports team," they said. "Our Indian colleagues were supporting India and teasing us while Pakistan was loosing and in the end when Pakistan won, we celebrated."

The University Vice Chancellor, Dr. Manzoor Ahmed, said that none of the 67 students cooperated with the inquiry and instead protected students who had shouted pro-Pakistan slogans.

“How can they celebrate the defeat of the national team and raise pro-Pakistan slogans?” said Ahmad.

According to local media reports, the Vice Chancellor also met a delegation of the right-wing Hindu political party, Bharatiya Janata Party, who demanded action against the students.

Kashmir’s Chief minister, Omar Abdullah, said on Twitter that the punishment was unduly harsh and would further alienate Kashmiri youth.

Pakistan's Foreign Office also said that it is willing to admit the students into Pakistani universities.

“If these Kashmiri students want to come and pursue their studies in Pakistan, our hearts and academic institutions are open to them,” Pakistan's Foreign Office spokesperson, Tasnim Aslam, told local media.