The military commanders of the two sides held a flag meeting at a border crossing to work out details of the des-escalation, a government official said in New Delhi. 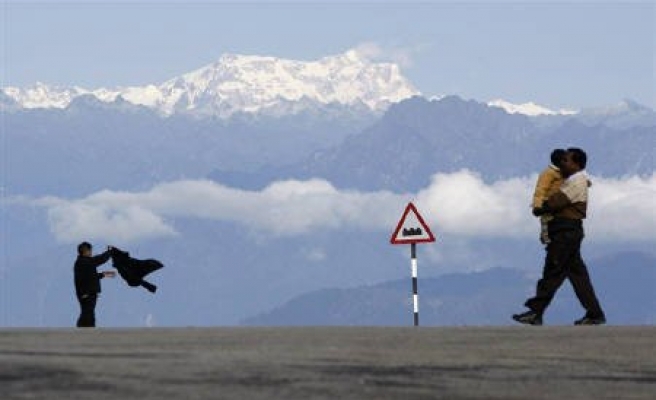 India and China have agreed to pull back troops ranged against each other on a remote Himalayan plateau, the Indian government said on Friday, ending their biggest face-off on the disputed border in a year.

The two armies mobilised about 1,000 soldiers each in Ladakh this month, accusing the other of building military infrastructure in violation of an agreement to maintain peace until a resolution of the 52-year territorial row.

Indian Foreign Minister Sushma Swaraj said she met her Chinese counterpart, Wang Yi, in New York on Thursday and the two agreed to withdraw their soldiers to their original positions by the end of the month.

"The bad phase is over," state-run All India Radio quoted her as telling reporters in New York.

China defeated India in a brief war in 1962 and since then the border has remained unresolved despite 17 rounds of talks. The two armies cannot even agree on where the Line of Actual Control, or the ceasefire line following the fighting in 1962, lies, leading to face-offs between border patrols.

The flare-up at the border occurred in the middle of Chinese President Xi Jinping's state visit aimed at ramping up commercial relations under India's business-focused Prime Minister Narendra Modi who took office in May.

India said hundreds of Chinese troops had intruded into the Chumar sector of Ladakh, equipped with bulldozers and trucks, to build a road.

China earlier had protested against India's decision to erect an observation hut on a hilltop in the area as well as an irrigation canal in Demchok in another part of the contested 3,500-km (2,175-mile) border.

The military commanders of the two sides held a flag meeting on Thursday at a border crossing to work out details of the des-escalation, a government official said in New Delhi.

He declined to give details of the pullback or if the armies had agreed to take down the new structures.

"It was a positive meeting, and we are moving forward," he said, declining to be identified because of the sensitivity of the situation.

Two flag meetings earlier in the week had failed to defuse the situation, the most serious since a 21-day stand-off last year when India said Chinese troops set up camp in the Depsang sector that it controlled.

China's foreign ministry, in a statement on the talks between the two foreign ministers, did not refer to the border tensions, saying only that the two countries must build on Xi's successful visit to India.

"The two sides should follow the strategic plan on the development of bilateral relations laid down by leaders of the two countries, maintain high-level interactions, increase mutual trust, deepen practical cooperation (and) intensify friendly exchanges between the two peoples," it said.