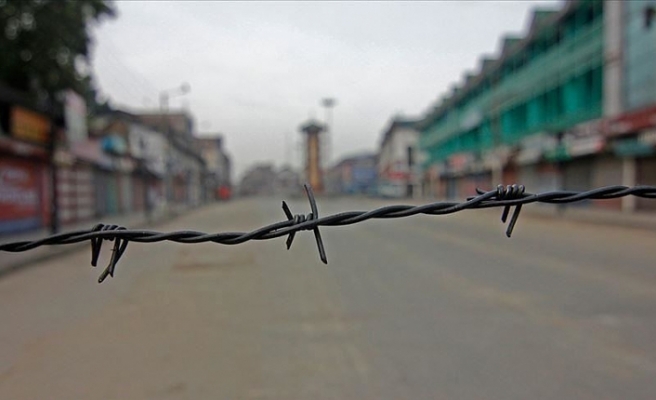 Indian authorities on Monday claimed 90% of the disputed region of Jammu and Kashmir was free of daytime restriction.

“Daytime restrictions have been fully lifted from 92 police stations, up from 81 last week,” said Rohit Kansal, the principal secretary of Jammu and Kashmir in a news conference, PTI news agency reported.

"This makes 90% of the valley free of daytime restrictions of any kind," said Kansal, referring to the nearly month-long curfew and communication blockade in the region.

He added that 26,000 landlines were now functional.

However, an Anadolu Agency reporter on the ground could not verify the government claims. People still do not have access to landline phones, cell phones and Internet.

Businesses remain closed and public transport is off roads, he told Anadolu Agency from a government facility which has access to Internet..

Officials also said landlines and mobile phones are functional in Jammu and Ladakh region, however, Anadolu Agency was unable to independently verify the claims.

Jammu and Kashmir has been facing a communication blackout since Aug. 5 when New Delhi stripped the disputed region of special provisions guaranteed by the Indian Constitution.

From 1954 until Aug. 5, 2019, Jammu and Kashmir had special provisions under which it enacted its own laws. The provisions also protected the region's citizenship law, which barred outsiders from settling in and owning land in the territory.

Kashmiri leaders fear this is a deliberate move by the Indian government to change the demography of the Muslim-majority state, which is claimed by India and Pakistan in full and held by both in parts.

The two South Asian nuclear powers have fought two wars over Kashmir in 1947 and 1965.