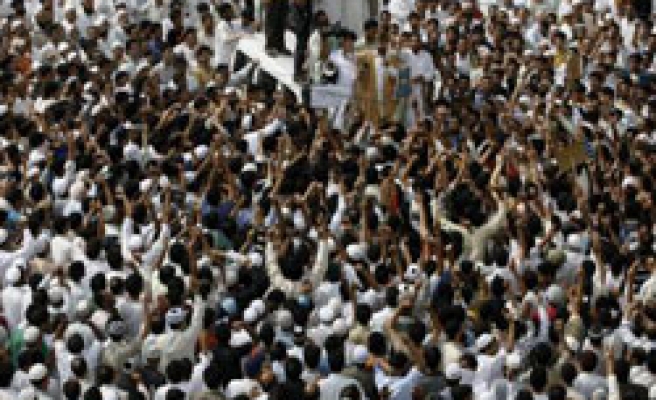 At least 61 people, have been killed over the past two months, when Muslim-majority Kashmir has seen the largest pro-independence demonstrations in two years.

Thousands of people defied curfew in Sopore town, Friday morning, to protest against the killing of an 18-year-old youth, Mudassir Nazir, who was injured in the firing of Indian troops succumbed to his injuries.

"Police opened fire after violent demonstrators attacked a police station Bijbihara. One person died and several others were injured," a police statement said.

Bijbihara town lies in south Kashmir while another protester was shot dead when clashes broke out in north Kashmir, police said.

The fresh deaths brought thousands of people out in streets across the valley shouting "Allahu Akbar," or "God is greatest", and "we want freedom".

The All Parties Hurriyet Conference Chairman, Mirwaiz Umar Farooq has reiterated that peace in South Asia will remain elusive if the Kashmir dispute is not resolved in accordance with Kashmiris’ aspirations.

The APHC Chairman addressing a public gathering at Jamia Masjid in Srinagar, appealed to the international community to play an effective role in settling the Kashmir dispute without any further delay.