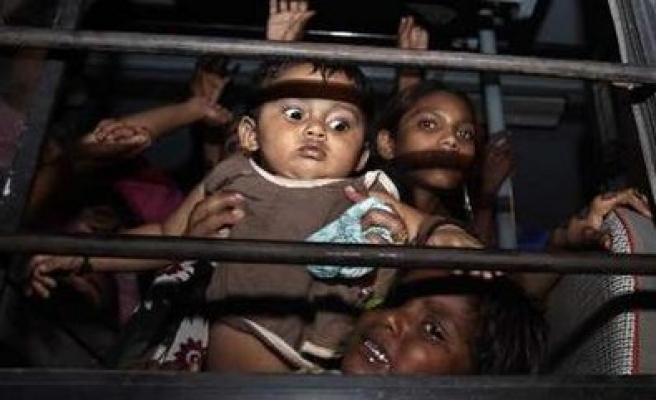 India's Supreme Court on Tuesday accepted a government petition seeking harsher sentences for seven people convicted for their role in the world's worst industrial disaster that killed thousands of people in 1984.

The government was forced to lodge the appeal following outrage over a June sentence of two years in jail for the seven Indian former employees of U.S. chemical firm Union Carbide, whose plant leaked toxic gases in the central Bhopal city.

Keshub Mahindra, the current chairman of India's top utility vehicle and tractor maker Mahindra & Mahindra, was the highest-ranking person convicted. He was chairman of Union Carbide India Ltd at the time of the accident.

That sentence came 25 years after the accident which government says killed around 3,500 people. Activists say 25,000 died in the immediate aftermath and the following years.

The appeal asks for a relook at the Supreme Court's 1996 decision to change the charges against the seven Indians, to negligence from the original homicide, which carries a punishment of at least ten years in jail.

A separate trial against Union Carbide and Warren Anderson, who was its CEO during the time of the accident, on charges, including homicide, is stuck as Anderson remains absconding.

In India's notoriously slow system, it may take years before a decision is reached.

The government is also looking at whether U.S. company Dow Chemicals, which bought over Union Carbide in 1999, has liability in the accident.

Dow denies responsibility, saying it took over the firm years after Union Carbide settled its liabilities to the Indian government in 1989 by paying $470 million and after it sold off its local arm.

The June verdict applied only to Indian officials of the former Union Carbide's Indian arm. All those convicted are on bail and can appeal in a higher court.