Congress-led coalition government announced on Thursday the formation of India's 29th state, Telengana, carved out of the southern state of Andhra Pradesh. 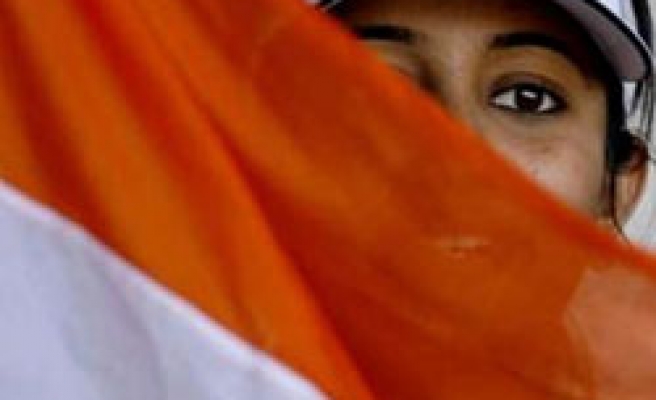 In major decision, whose political repercussions will be felt far and wide, Congress-led coalition government announced on Thursday the formation of India's 29th state, Telengana, carved out of the southern state of Andhra Pradesh (AP).

The GoM will be assigned the task of figuring out how to divide water, power and revenue between the two states.

"The group of ministers will also examine special financial assistance for Andhra Pradesh after Telangana is carved out," he added.

The minister asserted that Hyderabad, the capital and largest city of AP state, will be the joint capital of the two states for 10 years.

After the ten years, Hyderabad will go to Telangana.

Rayalseema and Seemandhra are bitterly opposed to state's division of.

"People of all the three regions will be guaranteed fundamental rights," Shinde pledged.

On July 30, the ruling Congress Party’s Working Committee drafted a resolution for the formation of a new state.

Today’s decision is the beginning of a long executive process which may take months before for the actual formation of the new state.

As a rule, the government's decision will be sent to President Pranab Mukherjee with the recommendation that he refer it to the AP's legislature.

The state's parliament can provide a feedback on the resolution but the federal government is not under any obligation to abide it.

Congress General Secretary Digvijaya Singh, who is in charge of the party's affairs in AP, earlier today appealed to all party leaders to cooperate and abide by the decision as they had assured him during the consultation process.

But two Congress cabinet ministers who hail from Seemandhra, Pallam Raju and KS Rao, have reportedly protested the decision at today’s meeting.

The chief minister of AP Kiran Kumar Reddy, who is a Congress leader, is also opposed to the bifurcation of the state.

Hundreds of people opposed to the formation of a new state protested outside the premier's official residence ahead of the cabinet meeting.

"The formation of Telengana is our birthright. It is the culmination of a movement which started way back in 1969," he told Anadolu Agency.

Telengana was originally part of a princely state of erstwhile Nizam of Hyderabad.

A year after its independence in 1948, India put an end to the rule of Nizams and a Hyderabad state was formed.

In 1956, the Telangana part of Hyderabad was merged with the AP state.

The people from Telangana were against merger with AP fearing unemployment because the education levels and development in AP were better than in Telengana.

There were cultural differences as well.

The culture and language in Telangana bore influences of North India.

There was widespread violence and over 350 protesters were killed in police firing.

However, the movement could not last long as Reddy went on to merge his party with Congress and was eventually made chief minister by then prime minister Indira Gandhi.

The movement was revived again in 2001 when K Chandrasekhar Rao quit the Telugu Desam Party and formed the Telangana Rashtra Samithi for the formation of Telengana state.

In 2009, Rao's fast unto death forced then federal home minister P Chidambaram to announce the creation of a separate state of Telangana.

But the formation was delayed by the federal government of the time.