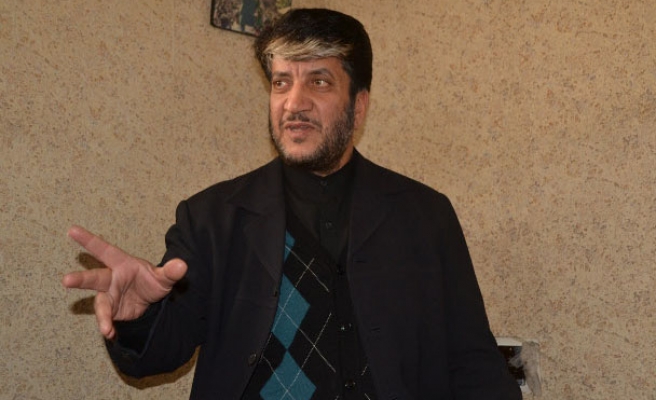 The Indian government detained a Kashmiri leader as soon he arrived in the Indian capital New Delhi on Saturday to attend a dinner reception hosted by the Pakistani High Commission ahead of India-Pakistan talks.

Talks between the two countries, scheduled for August 24, hang by a thread and have been overshadowed by the Kashmir dispute, with India “advising” Pakistan not to meet the Kashmiri resistance leadership while the Pakistani side maintaining its position that it considered “Hurriyat” as the only legitimate representatives of Kashmiris.

Hurriyat leader Shabbir Shah was detained along with his two aides at the New Delhi airport Saturday as soon as he disembarked from the Srinagar to New Delhi flight.

An aide accompanying Shah told Anadolu Agency that they had been detained by policemen as soon as they arrived at the airport.

Earlier, the Kashmiri resistance leadership was put under house arrest on Friday morning in Srinagar to prevent them from reaching New Delhi; however, the uproar caused by the arrests soon saw the release of the leaders within two hours.

The ruling coalition party, PDP, told local media that it was unaware of the arrests made on Friday and claimed amends were made as soon as the matter came to its notice.

However, a senior Indian police official told Anadolu Agency: “Only someone naive can believe that a police official or a bunch of them can arrest the entire resistance leadership on their own when the whole fate of the Indo-Pak talks hinges on them. It was a political decision which was then disowned by politicians”.

In a series of tweets, India's Ministry of External Affairs had said they “advised” Pakistan that the expected meeting between Pakistan’s National Security Adviser Sartaj Aziz with the Kashmiri Hurriyat leaders would be inappropriate.

"India has advised Pakistan yesterday that it would not be appropriate for Mr. Sartaj Aziz to meet with Hurriyat representatives in India," the ministry said. "Such a meeting would not be in keeping with the spirit and intent of the Ufa understanding to jointly work to combat terrorism".

The "Ufa understanding" refers to a recently held summit in the Russian city Ufa.

Pakistan maintained that it was free to meet whoever it wanted and would continue to seek to meet the Kashmiri resistance leadership. It also blamed India for "not being serious about the talks" and for setting "preconditions".

Since 1989, Kashmiri resistance groups in Indian held Kashmir have been fighting against Indian rule for independence, or for unification with neighboring Pakistan.

A part of Kashmir is also held by China.