Yogi Adityanath, a four-time member of parliament from the ruling Bharatiya Janata Party, said an even bigger ceremony to convert Muslims would be held in the northern town of Aligarh as scheduled 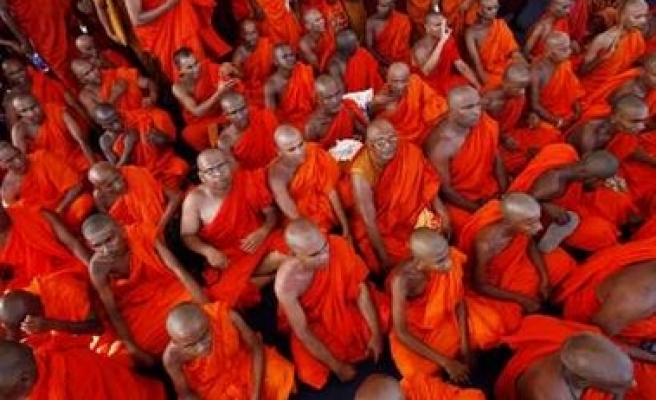 A Hindu priest-turned-lawmaker vowed on Friday to convert hundreds of Muslims and Christians to Hinduism on Christmas Day, despite a police investigation into an earlier round of conversions.

This week, police said they were investigating a case in which Muslim slum-dwellers complained they had been tricked into a Hindu conversion ceremony in Agra, lured by the promise of cheap government rations and voter identity cards.

But Yogi Adityanath, a four-time member of parliament from the ruling Bharatiya Janata Party, said an even bigger ceremony to convert Muslims would be held in the northern town of Aligarh as scheduled and that it was an entirely voluntary affair.

"We have been doing this every year for the past 10 years. It's not a conversion, its a homecoming," he said, adding that the families signing up for the ceremony were originally Hindus.

India's 1.2 billion people are predominantly Hindus. But the country also has some 160 million Muslims and a small proportion of Christians.

The constitution grants equal rights to everyone, but critics say hardline Hindu groups have become more assertive since the BJP came to power with a strong election victory this year and that the worst fears of minorities may be coming true.

Last week, a government minister apologised for making derogatory remarks about non-Hindus. On Friday, Sakshi Maharaj, another Hindu activist parliament member representing the BJP, withdrew his remarks that the man who shot independence leader Mahatma Gandhi was a patriot.

Sakshi's remarks touched off an uproar in parliament where opposition MPs refused to allow any business until he retracted.

"These people talk of development, but are trying to create a rift in society," Hussain Dalwai, a Congress lawmaker said.

The BJP denies any bias against minorities but says it opposes appeasement of any community. Modi has said he wants to focus on delivering economic growth for all Indians. But his rivals say he has to rein in the hardliners in his camp who are pursuing a divisive agenda.

"These conversions are just the beginning," warned Mulayam Singh Yadav, a leader of a regional group. "If this spreads to other parts of the country, there can be riots."