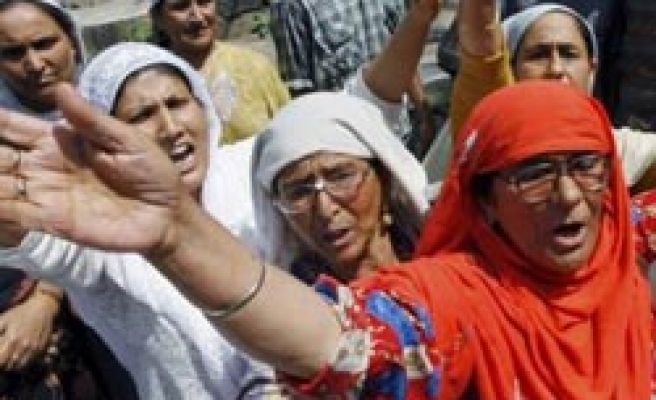 It was the biggest death toll in a single day in the latest wave of pro-independence protests in Kashmir.

Four people, including a girl, died from bullet wounds when police opened fire on protesters, while five others died in a blast after protesters set fire to a police station stored with explosives.

At least 150 people were injured during attacks of Indian forces in Kashmir where all the deaths happened on Sunday.

"So far four people have died of bullet wounds and five have died when an ammunition dump went off after an angry mob torched a police camp," a senior police officer, who did not want to be named, told Reuters.

The latest deaths brought thousands of people out into the streets in Pampore and other neighbouring areas shouting: "Go India go!, We want freedom!"

Tens of thousands of police and paramilitary soldiers in riot gear patrolled deserted streets across Kashmir where a curfew was imposed during weeks, witnesses said.

"Chief Minister Omar Abdullah appealed to all sections of the society to extend their wholehearted cooperation in restoration of peace and normalcy in the valley," a government statement said.

Pro-Indian chief Abdullah was reported to fly to New Delhi over the bloody incidents.