India on Saturday offered to hold a "sustained dialogue" with Kashmiris and look at only limitation of security forces in the region. 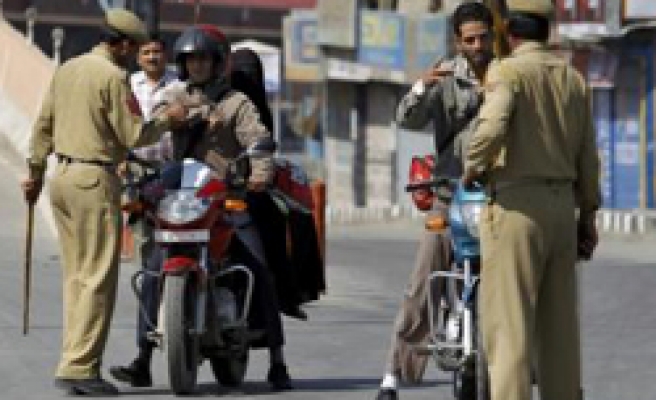 India on Saturday offered to hold a "sustained dialogue" with Kashmiris and look at only limitation of security forces in the region where troops killing sparked a new wage of mass protests against New Delhi ruling.

Palaniappan Chidambaram also said the government will soon announce a team to begin a dialogue with a broad section of Kashmir, including political parties and groups.

He did not disclose the make-up of the dialogue group.

The decisions are the latest effort by the government to reach out to Kashmir where Indian soldiers killed over a hundred civilians during massive pro-independent demonstrations.

Most of the civilians, many of them teenagers, have died in live fire from police and paramilitary troops, while others have been hit by tear-gas shells or rubber bullets.

Prime Minister Manmohan Singh has been accused of not taking seriously enough the largest pro-independence protests in two decades in Kashmir this summer. Saturday's announcement comes after a delegation of Indian lawmakers visited the region this week and met Kashmiri leaders.

A detained Hurriyet (Freedom) leader, Shabbir Ahmed Shah has described the recent visit of Indian All-Party delegation as a drama to hoodwink the international community.

He said that India should give up its rigid stance on Kashmir and initiate a meaningful tripartite dialogue for the resolution of the Kashmir dispute, which was the main hurdle in restoration of peace in South Asia.

Chidambaram said the state government would be told to immediately free all students and youths arrested for pelting stones at security forces.

"We will request the state government to immediately convene a meeting of the (security) Unified Command and to review the deployment of security forces in Kashmir valley, especially Srinagar," Chidambaram told reporters after a meeting of the Indian cabinet's committee on security.

He said the state government will look at the options for scaling down the number of bunkers and check points in Srinagar, Kashmir's summer capital, and other towns. Kashmir has been in a seige-like state since June with shops and offices closed and education institutions shut. Roads have remained empty.

The death on June 11 which ignited the protests was that of a 17-year-old student hit by a tear-gas shell during a clash with police in Srinagar.

Chidambaram, seeking to assuage popular anger over a law that gives security forces sweeping powers to shoot, arrest and search people, said the state will seek to limit the areas where the law operates.

Most of Kashmir has, for years, been declared as "disturbed", a necessary step for the application of the hated Armed Forces Special Powers Act.

"We will request the state government to review the notification (of the disturbed areas). They will decide which notifications have to be continued (and) which need not be continued," Chidambaram said.

Tens of thousands of people have been killed in Kashmir since an armed revolt erupted in 1989, but militancy has weakened over the years.