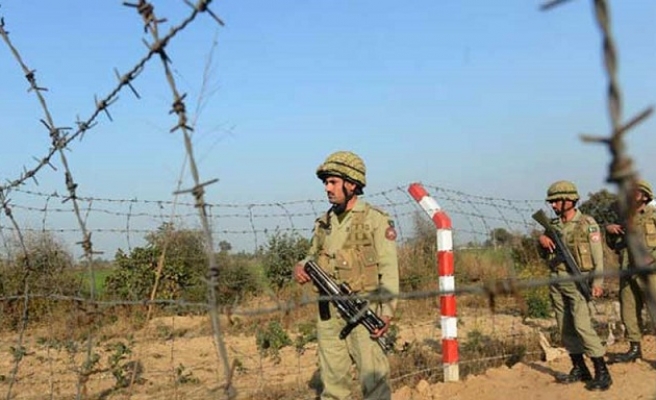 Representatives from the two paramilitary border forces held a meeting on Tuesday at the Wagah-Attari border "to coordinate modalities of (the) September meeting", the statement said.

Indian officials were not immediately available to confirm the meeting.

On Saturday, the first high-level peace talks between the two country's national security advisors were canceled after a dispute over the agenda for those talks.

India and Pakistan have fought three wars since becoming independent nations in 1947, two of them over the Himalayan region of Kashmir, which both claim in full but rule in part.

New Delhi has for years accused Pakistan of backing separatist Muslim rebels in India's part of Kashmir. Pakistan denies the allegations and blames India for fomenting unrest inside Pakistan.

In the canceled talks, India wanted to only discuss terrorism-related issues and objected to Pakistan's intentions of meeting separatists from Kashmir. Pakistan wanted a wider agenda.

The NSA and border security force meetings, were agreed during a regional summit in the Russian town of Ufa last month, when Pakistani Prime Minister Nawaz Sharif met his Indian counterpart.