"It was an unprovoked firing on an International Border post from the other side. However, we responded with utmost restraint," a spokesman of the Border Security Force said. 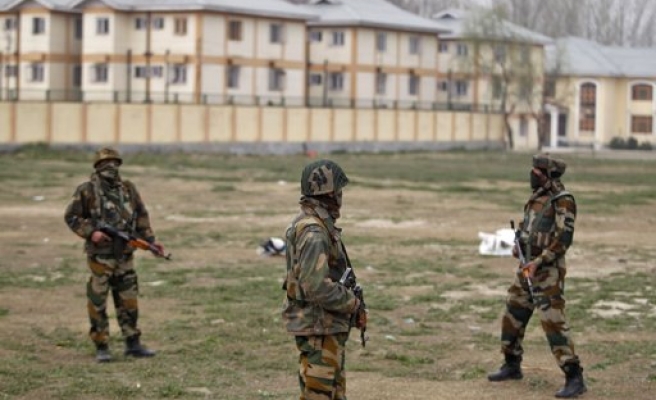 India and Pakistan exchanged more gunfire across the disputed border in Kashmir on Sunday, Indian border guards said, as a 10-year ceasefire frays over accusations of killings of soldiers deployed on the frontline.

One Indian border guard was wounded after Pakistan Rangers opened fire on a post in Kanachak, some 40 km (25 miles) southwest of Jammu, the winter capital of India's Jammu and Kashmir state, the Border Security Force said.

"It was an unprovoked firing on an International Border post from the other side. However, we responded with utmost restraint," a spokesman of the Border Security Force said.

Tensions along the 740-km Line of Control that divides Kashmir rose on Tuesday when an Indian army patrol was ambushed and five soldiers killed in the Poonch region. New Delhi blamed the attack on thePakistan army. Islamabad denied involvement.

The two armies also exchanged heavy fire on Friday in the Poonch region, Indian authorities said, straining the ceasefire that has largely held on the border since November 2003.

India has linked the ceasefire violations to attempts by Pakistan to push through fighters into its side of Kashmir to revive a decades-old revolt there. Islamabad denies any help and instead has called for talks to resolve the disputes between the neighbours including the long-running row over Kashmir.

Three people were killed in the violence on Friday and the situation remained tense with a curfew imposed in six out of 10 districts of Jammu, state officials said.

India has deployed tens of thousands of soldiers in Kashmir to put down an armed revolt that began in 1989. In recent years militant violence has ebbed, but there has been little movement on a political settlement of the dispute.

On Sunday, army troops patrolled the streets of the violence-hit districts and the local administration blocked mobile data services to stop the spreading of rumours, it said.