The BJP looking to expand its footprint into the Muslim-dominated Kashmir Valley as part of its mission to secure a majority in the 87-member-strong assembly. 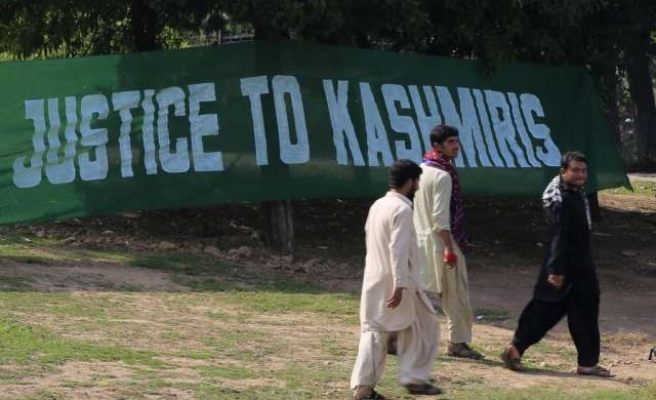 The BJP has decided to include the repealing of Article 370 of the Constitution that gives special status to Indian occupied Kashmir in its poll manifesto for the northern state, ignoring voices of dissent within the party, Hindustan Times reported.

Several BJP poll candidates from occupied Kashmir have opposed the party’s stand on the sensitive issue with its pick from Srinagar’s Amira Kadal constituency Hina Bhat saying she would be the first to pick up a gun if Article 370 was abrogated.

“If the Article is touched, it will force Kashmiris to pick up guns again. And you know I am a Kashmiri too,” she had reportedly said.

Party candidate from Homeshalibugh in Anantnag district Ghulam Nabi Dar had also allegedly said he would allow no one to “play” with the Article.

The occupied state is headed for five-phase polls, beginning on November 25, with the BJP looking to expand its footprint into the Muslim-dominated Kashmir Valley as part of its mission to secure a majority in the 87-member-strong assembly.

The saffron party’s hardened stance may have an adverse impact on its electoral prospects in the Valley but is expected to pay rich dividends in India-occupied  Kashmir region.

The controversial Article 370 ensures the state’s residents live under a separate set of laws as compared to other states, including those related to citizenship, ownership of property and fundamental rights. The provision also stipulates that citizens from other states cannot purchase land or property in Indian occupied Kashmir.

A demand for removing the sensitive clause has been a part of the BJP’s manifesto for decades now and party leaders feel any move to dilute its stand will antagonize its vote base outside the Valley.