Several more victims are being treated for critical injuries sustained Wednesday when a boiler pipe burst at a plant run by India's largest state-owned power utility in Uttar Pradesh state. 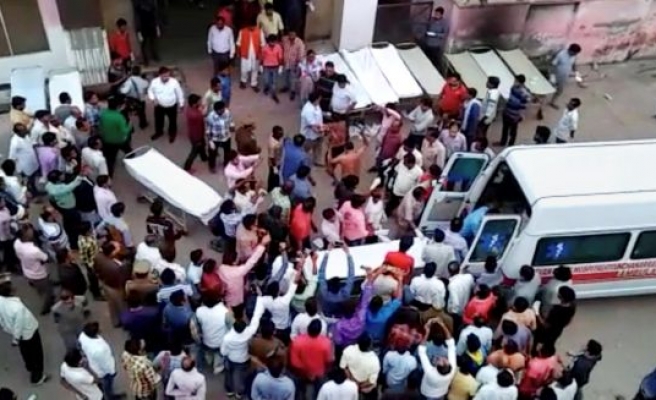 The death toll from an explosion at a coal-fired power plant in northern India has risen to 26, the government said Thursday, as 10 more people died of their injuries.

A list prepared by the state government showed 26 people had died, though some have yet to be identified.

One survivor described being engulfed by burning hot steam when the explosion occurred.

The man lost consciousness and woke up in hospital covered in burns, according to the Press Trust of India news agency.

Workplace accidents are common in India, where poor safety standards and lax enforcement of regulations have led to horrific deaths.

The 1,550-megawatt (MW) plant, which employs around 870 people and supplies electricity to nine neighbouring states, has been shut down.

Its owner the National Thermal Power Corporation has launched an inquiry into what caused the disaster.