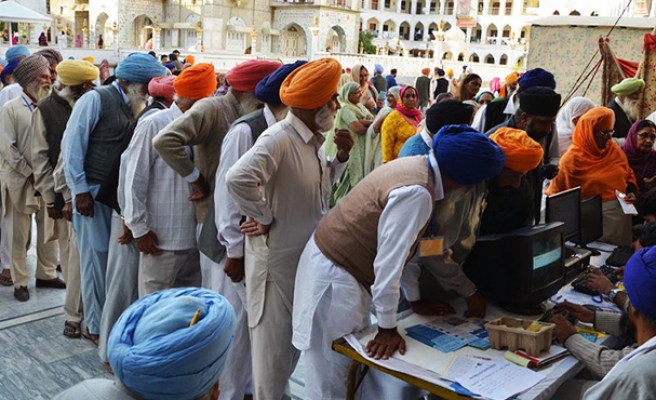 Indian Prime Minister Narendra Modi's government has prepared to fulfill a key and controversial election pledge by setting itself a deadline for granting citizenship to Hindu migrants from neighboring Muslim-majority countries.

The Kolkata-based Telegraph newspaper quoted Indian Home Ministry sources on Wednesday saying they had been working on amending the 1955 Citizenship Act in order to allow the change by India's Independence Day on August 15.

The newspaper said there are over 400 Pakistani Hindu refugee settlements in various parts of northern and western India while those from Bangladesh mostly lived in the border states of West Bengal and Assam. Around 200,000 Hindu refugees are estimated to be living in India.

Modi sparked debate during the 2014 general election when he claimed that Hindus from Bangladesh were welcome in India, even if they had arrived without legal documents, but Muslims would have to return to Bangladesh.

The All Assam Students’ Union (AASU), an influential student organization in northeastern India where there is significant tension with migrants, has strongly opposed to the government's decision.

“We never support the idea of dividing foreigners along the lines of religion, language and others. We regard all the foreigners in the same line,” AASU chief advisor Samujjal Bhattacharyya told Anadolu Agency.

The group signed an agreement with the Indian government in 1985 which said that anybody who entered the Indian state of Assam after 1971 -- when many Bangladeshi refugees entered the state during its independence war with Pakistan -- is an illegal citizen.