India has been the world's top arms buyer for the last three years, trying to replace an ageing Soviet-era military with modern weapons as a deterrent to a rising China 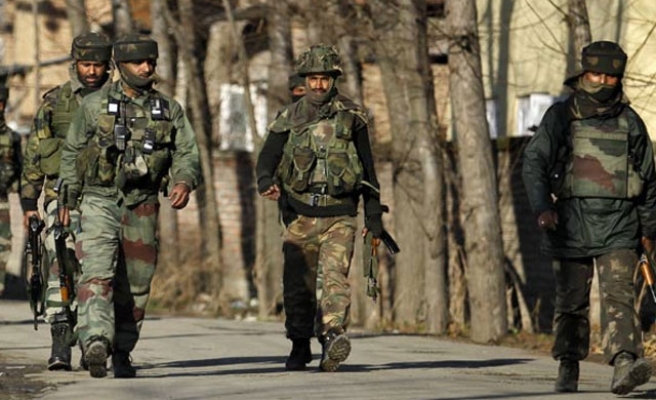 India boosted defence spending by 12 percent in 2014-15 over the previous year in a budget presented on Thursday and further opened the domestic weapons industry to foreign investment to help rebuild the military and narrow the gap with China.

India has been the world's top arms buyer for the last three years, trying to replace an ageing Soviet-era military with modern weapons as a deterrent to a rising China, with which it fought a war more than half a century ago.

Finance Minister Arun Jaitley set the military budget at 2.29 trillion Indian rupees ($38.35 billion) for 2014-15, 50 billion rupees more than what the previous government agreed in an interim budget earlier this year.

"Modernisation of the armed forces is critical to enable them to play their role effectively in the defence of India's strategic interests," he said to the thumping of desks in the lower house of parliament, where he presented the new government's first budget.

Jaitley's Bharatiya Janata Party has long called for a militarily-strong India to counter potential threats from both China and Pakistan and said it would speed up the pace of arms purchases for the military, the world's third largest.

Even at the elevated spending, India's military budget is still less than a third of China's $145 billion expenditure last year estimated by the Pentagon in its report to the U.S. Congress this month.

New Delhi worries that China is building roads and other infrastructure along the disputed land border as well as bolstering its naval presence in the Indian Ocean that it considers its zone of influence.

The rise in India's military spending comes as a Western governments are rushing to visit the new administration in New Delhi in the hope of landing multi-billion deals.

Politicians from France and Britain have held talks in New Delhi, while the United States, which has built close military ties, is also pushing for faster decisions on arms contracts.

Jaitley also increased the foreign investment limit in the domestic defence industry to 49 percent from 26 percent, hoping to draw greater interest from its main arms suppliers and help reshape the defence industrial base dominated by state firms.

"Companies controlled by foreign governments and foreign private sector are supplying our defence requirements to us at considerable outflow of foreign exchange," he said.

Global arms firms are wooing India in the hope of landing multi-billion dollars and New Delhi is aiming to leverage some of that buying power to get transfer of technology and end the overwhelming reliance on imports.

The government is in the midst of finalising an estimated $15 billion contract with Dassault Aviation for the sale of 126 Rafale fighter jets.

The move to raise investment limits for foreign firms in the defence sector drew support.

"FDI limit has been raised from 26 percent to 49 percent by the Finance Minister which is definitely a positive move for the indigenous defence industry. However, the government still wants Indian players to maintain control and ownership of the defence joint ventures," said Nidhi Goyal, a director at Deloitte in India.

Jaitley, however, did not go as far in liberalising the sector as foreign manufacturers and even the government's own investment promotion department would have liked.

The note suggested allowing 100 percent FDI in manufacturing of state-of-the art equipment, one of the officials said. It also recommended a cap of 49 percent for investments which do not involve transfer technology and a 74 percent ceiling in such cases where the foreign investor is ready to share technology know-how, the official added.

Until now, defence has attracted less than $5 million in foreign investment. Foreign firms have said they need higher investment caps and greater management control if they are to develop a bigger industrial base in India.