26th anniversary of demolition of 16th century mosque to be observed on Dec. 6 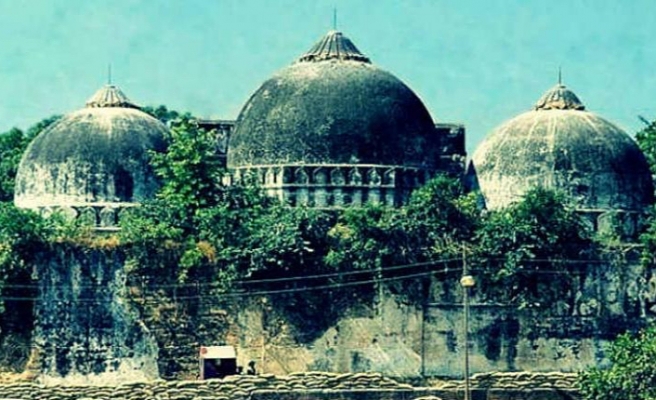 A senior lawyer representing Indian Muslims in the decades-old Babri Masjid disupute has said that the Supreme Court should announce its verdict and resolve the issue.

Zafaryab Jilani, convener of the Babri Masjid Action Committee, made the remarks ahead of the 26th anniversary of the demolition of a 16th century mosque in the northern state of Uttar Pradesh.

The dispute between Hindus and Muslims in India has resulted in thousands of deaths over the years.

In December 1992, Hindus gathered at the disputed site and destroyed the 16th-century mosque named after Mughal Emperor Babur. The destruction sparked nationwide riots that left around 2,000 people dead.

Muslims demand a new mosque at the site. Hindus claim that this was where their god Ram was born, demanding instead a temple at the site.

The case is currently being heard by the Supreme Court.

“Judgment of the Honorable Supreme Court is the only solution of the issue about which no prediction is possible. However, Muslims have strong case based on documentary evidence and admissions of Hindus.  As such we have strong hope of success in the appeals pending before Supreme Court,” Jilani told Anadolu Agency in an interview.

The lawyer said the issue was being misused by far-right parties like the Rashtriya Swayamsevak Sangh (RSS) and Vishva Hindu Parishad (VHP) to garner Hindu votes in next year's general elections.

He called for the Muslim community to exercise calm as it had been doing so far.

“For the last several months the Muslims did not react to such statements as any provocative statement of the Muslims might prove to be more beneficial for the BJP and RSS etc,” he said.

Explaining the Hindu claim to the site, Jilani said: "In all lawsuits they claim there was a temple of Ram Janam Bhoomi constructed by Raja Vikrmaditya in around 100 BC which was demolished by Babar in 1528 AD for construction of Babri Masjid.

“Muslims have categorically denied the allegation claiming the Babri Masjid was conducted on vacant land by Meer Baqi, commander of Babur."