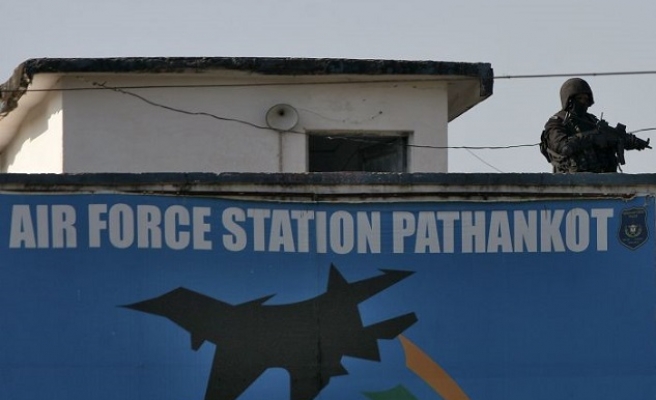 Pakistani investigators will travel to India later this month to help probe a deadly attack on an air base that killed seven soldiers in January, New Delhi's foreign minister said during a visit to Nepal Thursday.

Sushma Swaraj announced the joint investigation after meeting with Pakistan's foreign affairs adviser Sartaj Aziz in Pokhara, on the sidelines of the South Asian Association for Regional Cooperation gathering of foreign ministers.

India has blamed militants from the Pakistan-based armed group Jaish-e-Mohammed for the assault on Pathankot air base in the northern state of Punjab, which triggered two days of gunbattles.

"The date for the joint investigation team visit from Pakistan has been decided... It will arrive on the night of (March) 27th and start its work from 28th," Swaraj told reporters after the meeting.

It is the first time Pakistan has participated in a probe of this kind, an Indian foreign ministry source said.

The rare targeting of an Indian military installation outside the disputed region of Kashmir came days after Prime Minister Narendra Modi's surprise visit to Pakistan in December.

It led to the postponement of peace talks planned between the nuclear-armed arch-rivals, with Modi urging his Pakistani counterpart Nawaz Sharif to take "firm and immediate action".

"The way in which Pathankot issues have been handled, the way the operation was done and now the joint investigation team going there... I think the cooperation on this subject will give some good results," Aziz said.

Aziz told reporters he hoped Modi and Sharif would be able to hold an informal meeting in Washington DC later this month.

Both leaders are expected to be in the city at the same time for the Nuclear Security Summit.

Earlier this month, Indian Defence Minister Manohar Parrikar told parliament that the Pathankot attack could not have been carried out "without the (Pakistan) state's support".