The sixth phase of polling using electronic voting machines spans the length and breadth of India. 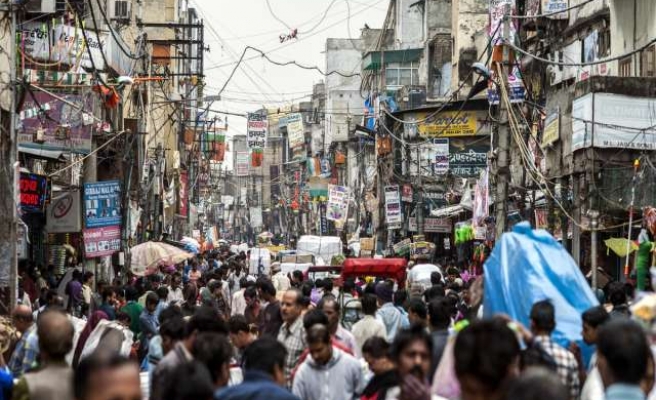 The second-biggest day of India’s parliamentary election begins on Thursday with 11 states and one federal territory going to the polls for 117 seats.

The sixth phase of voting involves the length and breadth of India, from Indian-held Jammu & Kashmir (one seat) in the north to Tamil Nadu (39 seats) in the south, which votes in a single day for all 39 constituencies.

Key states including Uttar Pradesh (12 seats) – the state which elects the most lawmakers (80) – and Bihar (7 seats) in north India, Maharashtra (19 seats) in the west and West Bengal (six seats) in the east also vote on Thursday.

There are a total of 2,077 contestants for 117 seats in the sixth phase of the national election.

The Association for Democratic Reforms, an electoral-reform NGO, analyzed 2,071 contestants on the basis of poll affidavits and data provided by the candidates to the Election Commission of India, finding 321 candidates (15 percent) have declared criminal cases against themselves.

Another 204 candidates (10 percent) have declared serious criminal cases against them like murder, attempt to murder and robbery etc.

The opposition Bharatiya Janata Party is trying its best to wrest control of the federal government, riding on the perceived “popularity wave” of its mascot, Narendra Modi, the controversial politician and three-time chief minister of the western state of Gujarat.

The ruling Congress party-led coalition, the United Progressive Alliance – which has governed India since 2004 – has come in for sharp criticism and public scrutiny after a series of corruption scandals, policy paralysis and the slowing economy.

Modi, the frontrunner to be the next prime minister of India, has begun to give interviews to select news channels, a departure from his earlier practice of avoiding the media altogether.

Apart from the two national parties, popular anti-corruption party Aam Aadmi Party (AAP) and a number of regional state-based parties are in the poll fray vying for their share of votes.

Arvind Kejriwal, the chief of AAP, filed his nomination papers on Wednesday from northern Uttar Pradesh constituency Varanasi against the BJP’s prime minister hopeful Modi after holding a massive roadshow in the holy Hindu city.

Gandhi, 42, whose husband Robert Vadra has come under severe criticism from the BJP over controversial land deals, attacked Modi and his close-aide, who she accused of snooping on a young female architect’s movements.

A north Indian court on Wednesday issued an arrest warrant against the state BJP leader Giriraj Singh for an inflammatory speech during a public gathering on Sunday, in which he said critics of Modi had no place in a country like India and should move to Pakistan. The party did not back his statement.

Ramdas Kadam, the state leader of the right-wing Hindu party Shiv Sena (which is part of the BJP-led, pre-poll alliance) stoked a major controversy on Monday when he said Modi would destroy Pakistan in six months if he came to power.

Kadam, who also targeted Muslims in his speech in the presence of Modi, was charged with hate speech by India’s Election Commission.

Shiv Sena has distanced itself from Kadam's controversial remarks.

The Election Commission of India has made all the preparations for the sixth phase of the national contest in which Electronic Voting Machines (EVMs) will be used to cast votes.

This is the first national election in which India’s voters have the right to reject candidates by pressing a NOTA (None of the Above) button, a reform being initiated as a result of a Supreme Court ruling last year.

Out of the total 543 seats in India’s lower house of Parliament, 232 have already gone to the ballot box in the month-long national election.

The hotly contested election is being fought in nine phases from April 7 to May 12 around the key issues of corruption, inflation, unemployment, anti-incumbency and secularism.

The election results will be announced on May 16.

Around 815 million registered voters are expected to cast their ballots, an increase of 100 million new voters compared with the 2009 election.

According to opinion polls, the BJP, which has been in opposition for the past two terms, is expected to form the next federal government.