Indian police shot dead a Kashmiri child in a fire on thousands of people protesting against Indian rule in the Himalayan region. 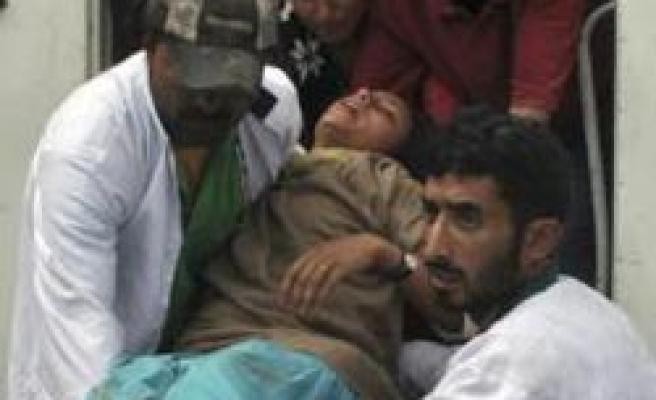 Indian police on Saturday shot dead a Kashmiri child in a fire on thousands of people protesting against Indian rule in the Himalayan region.

Muslim-majority Kashmir has been rocked by a series of pro-independence protests in the last six weeks and at least 22 people, mostly protesters, have been killed by security forces.

The authorities have imposed an on-and-off curfew in Kashmir, at the core of a dispute between India and Pakistan.

Fresh demonstrations broke out on Saturday, a day after four protesters were killed and 75 injured in day-long clashes between stone-pelting protesters and government forces.

A teenage boy was killed during Saturday clashes, said Mohammad Usman, a doctor at a north Kashmir hospital.

Locals say the protests are spontaneous.

Kashmiris believe that there are similarities with Palestinians because of occupations in their territories. Kashmiris see India as "occupier" as Israel.