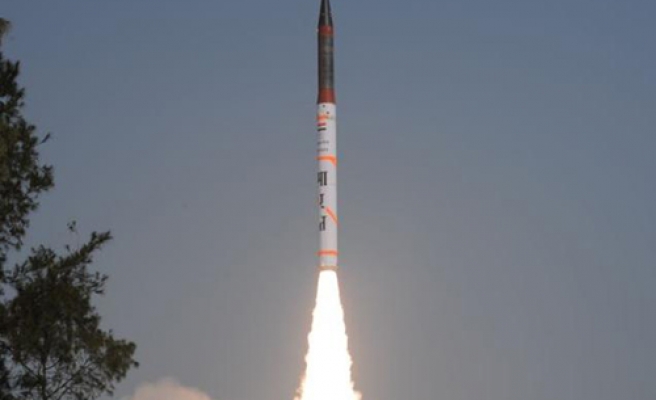 "The mission met all objectives as monitored and confirmed by the telemetry, Electro-optical stations, Radar stations along the coast," tweeted Defence Ministry spokesperson Sitanshu Kar.

In another tweet, he said that down range ships positioned at the target point monitored the terminal event.

The missile is the most advanced long-range ballistic missile capable of being launched within minutes, from a self-contained road mobile launcher.

The two-stage solid propelled missile is 20 metres tall and weighs around 17 tonnes. Agni-IV is better than 3,000-km range Agni-III in terms of performance envelope. It can be fired from locations deeper in the Indian hinterland. The missile also possesses a submarine-launch capability.