The system is intended to destroy an incoming missile at a higher altitude in the exo-atmosphere, and if that fails in the endo-atmospheric within the earth's atmosphere. 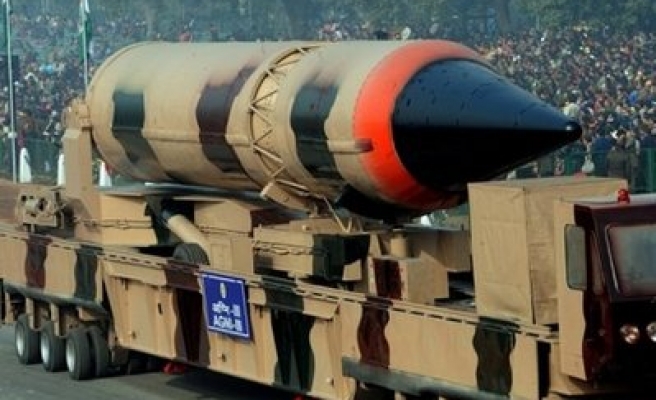 India successfully test-fired an anti-ballistic missile on Sunday capable of intercepting targets outside the earth's atmosphere, a major step in development of a missile defence system that is available to only a handful of nations.

"This (test) is part of the ballistic missile defence system which we are developing...," said Ravi Kumar Gupta, spokesman for the Defence Research and Development Organisation (DRDO).

"The mission has been completed and the interception parameter has been achieved."

The system is intended to destroy an incoming missile at a higher altitude in the exo-atmosphere, and if that fails in the endo-atmospheric within the earth's atmosphere.

Currently, only a small club of nations including the United States, Russia and Israel possess an anti-ballistic missile system.

India, China and Pakistan are all nuclear powers.

India has fought three wars with Pakistan and came close to a fourth one in 2001. It lost a brief Himalayan border war with its larger neighbour China in 1962 and has ever since strived to improve its defences.

In recent years, New Delhi has accused China of making hundreds of intrusions along their disputed border. However, China denies crossing into Indian territory.

Adding to its worries are China's forays into the Indian Ocean and its involvement in building a string of ports stretching from Pakistan's Gwadar to Chittagong in Bangladesh.

In light of changes in geo-political situation in its neighbourhood, many analysts have suggested revisiting India's nuclear doctrine whose central principle is that New Delhi would not be first to use atomic weapons in a conflict.

The Bharatiya Janata Party (BJP), which is widely tipped to form the next government after ongoing national elections in May, has promised to revise the doctrine, but has ruled out the first use of nuclear weapons.