India to buy Israeli drones to use in Kashmir 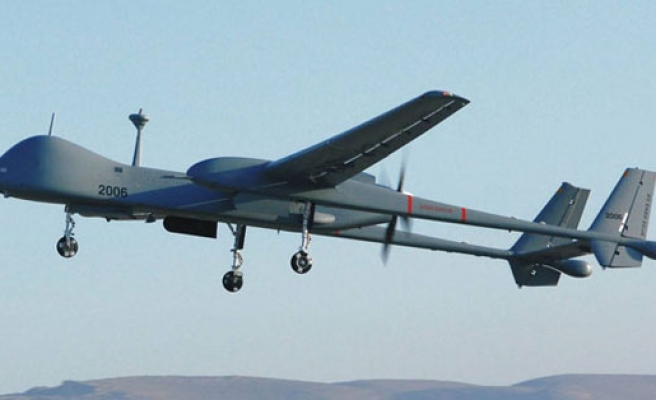 India has accelerated plans to buy drones from Israel that can be armed, defence sources said, allowing the military to carry out strikes overseas with less risk to personnel.

The news comes weeks after long-time rival Pakistan first reported using a home-made drone in combat when it attacked militants on its soil, raising the prospect of a new front in the nuclear-armed neighbours' standoff over Kashmir that has twice spilled into war.

The plan to acquire Israeli Herons was first conceived three years ago, but in January the military wrote to the government asking for speedy delivery, the sources said, as Pakistan and China develop their own drone warfare capabilities.

India has already deployed Israeli unmanned aerial vehicles (UAVs) along the rugged mountains of Kashmir for surveillance, as well as on the disputed border with China where the two armies have faced off against each other.

In September, the Indian government approved the air force's request to acquire 10 Heron TP drones from Israel Aerospace Industries (IAI) that can be fitted with weapons to engage targets on the ground, an air force official with knowledge of the matter said.

He added that he expected the agreement to be inked soon. The Indian Defence Ministry declined to comment.

The plan to buy Herons in a deal estimated at $400 million would open the option of covert cross-border strikes.

Currently the two armies exchange fire across the de facto Kashmir border at times of tension, but do not cross the Line of Control (LoC) by land or air.

"It's risky, but armed UAVs can be used for counter insurgency operations internally as well across the borders; sneak attacks on terrorist hideouts in mountainous terrain, perhaps," said an army officer in the defence planning staff.

Gurmeet Kanwal, a former head of the government-funded Centre for Land Warfare Studies in New Delhi, said the armed Herons due to enter Indian service by late 2016 will give the air force deep-strike capability.

The United States has carried out hundreds of drone strikes inside Pakistan, targeting al Qaeda and other militants in its northwest. Pakistan has allowed such targeted killings, even though it complains about them in public.

Indian drones, in contrast, face being shot down as soon as they show up on Pakistani radars, the army officer and Kanwal said.

Deniability would be essential in any use of armed drones by India and Pakistan across their bitterly contested border, said Pervez Hoodbhoy, a leading weapons proliferation expert in Pakistan.

"It is likely that drones would be used in a surreptitious mode close to the LoC, far away from populated areas," he said.

In July, the Pakistan army said it had shot down a small Indian spy drone in Kashmir. India did not comment.

Michael Kugelman, South Asia specialist at the Washington D.C.-based Woodrow Wilson International Center for Scholars, said the arrival of lethal drones in the region could heighten mutual suspicion at a time when ties are strained.

"Pakistan might worry that India could use an armed drone to attack terrorist safe havens in Pakistan or to target a specific terrorist there."

"India might worry that Pakistan will now be tempted to add drones to its repertoire of asymmetric warfare tactics it has used against India."

Only the United States, Israel and Britain are known to have used armed drones in combat, although more than 70 countries have UAVs with surveillance capabilities, according to New America, a Washington D.C.-based think-tank.

China has no public strategy for armed drone development, but it has poured resources into UAVs and has shown them off at exhibitions. Chinese combat drones still lag far behind the Israeli-made ones in terms of capability, military experts say.