India to seal deal for Rafale jets within 3 months

Completion of the deal would mean the first 18 Rafale jets arriving from mid-2016, with manufacture of the remaining 108 beginning in India in 2018, the Times of India said 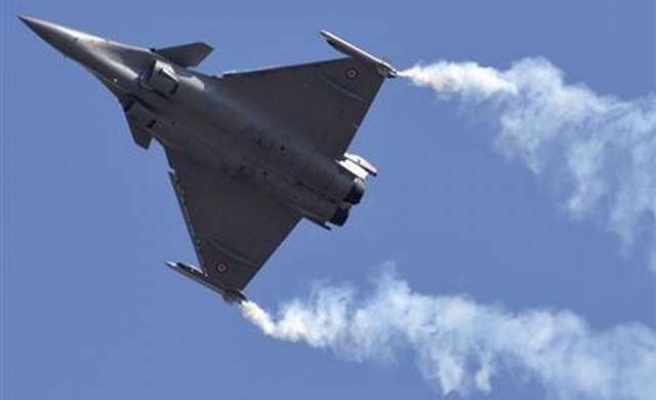 India expects to seal a close to $20 billion deal to buy 126 fighter jets from France's Dassault Aviation within three months, a newspaper reported on Tuesday, as part of a $100 billion defence modernisation plan.

Completion of the deal would mean the first 18 Rafale jets arriving from mid-2016, with manufacture of the remaining 108 beginning in India in 2018, the Times of India said, citing defence ministry sources.

New Delhi had picked the Rafale fighters for exclusive negotiations in January 2012, but a plan to finalise the deal by March this year was postponed after India's military exhausted its capital budget.

A defence ministry official said the new government had just moved into position and it was too early to talk about wrapping up the jet fighter negotiations.

"The report is speculative, the defence minister has not applied his mind to the issue as yet. He is busy with budget meetings," the official said.

India, the world's biggest arms importer, is in the midst of a $100 billion defence modernisation programme to replace Soviet-era planes and tanks, and narrow the gap with China, with which it fought a war in 1962.

But the upgrade programme moved slowly under the last government, partly because of the then-defence minister's insistence on transparency and integrity in defence procurement, long dogged by allegations of kickbacks.

Technical negotiations on the Rafale order were concluded in March and financial talks are under way. The company has said previously that it hopes to sign a deal by the end of the year.