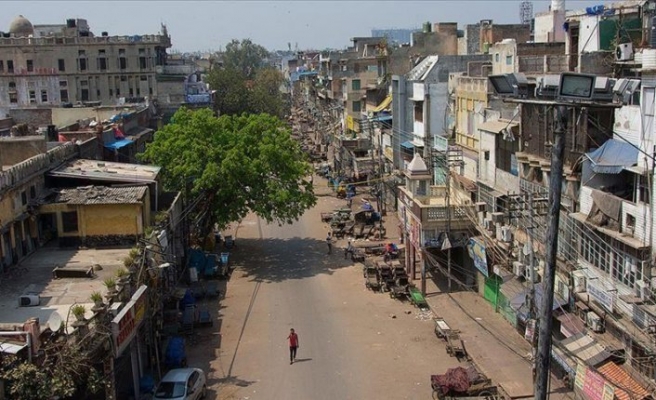 Even as India began a 21-day lockdown on Wednesday to fight against COVID-19 or coronavirus, it was also Hindu traditional new year.
Prime Minister Narendra Modi, through a series of tweets, extended wishes to people observing festivals but reminded them to stay indoors to win the battle against COVID-19.
“We are celebrating various festivals across India and also the start of a new year as per the traditional Hindu calendar. Greetings on Ugadi, Gudi Parva, Navreh, and Sajibu Cheiraoba. May these auspicious occasions bring good health, happiness, and prosperity in our lives, “he said.
He said although celebrations will not be like they are usually, but will strengthen the resolve to fight COVID-19.
While Ugadi is celebrated to mark the new year in parts of South India in the provinces of Karnataka and Andhra Pradesh, Gudi Parva is celebrated in the western province of Maharashtra, which has recorded the highest number of coronavirus cases. Navreh is celebrated as the beginning of the new year by Kashmiri Pandits (Hindus), in Jammu and Kashmir. Sajibu Cheiraoba, is a new year festival for the northeastern province of Manipur, bordering Myanmar.
In north India as well, Hindus began observing the nine-day festival of Navratri. People observe fast by giving up consuming non-vegetarian food including grains, legumes, and lentils.
According to John Hopkins Coronavirus Resource Center, India has so far reported 562 COVID-19 cases and 10 deaths.
Addressing the nation on Tuesday, Prime Minister Modi announced unprecedented measures that included a 21-day national lockdown from midnight curbing movements of 1.3 billion people.
The announcement led long queues before grocery shops, as people rushed to stock food, groceries, and medicines. India had earlier locked down 75 districts.
Police across all states were keeping strict vigil forcing people to remain indoors. On Tuesday, hundreds of people were booked and their vehicles seized for this offense reported local media outlets.
Reports form states said, roads wore a deserted look, with offices, business establishments shut and transport out of roads. But people in the morning resorted to panic buying at several markets.
Despite a complete ban on large gatherings, India’s main news agency Press Trust of India reported that people in some parts of the eastern metropolis of Kolkata were jostling in markets to buy essential commodities.
Arvind Kejriwal, chief minister of India’s national capital said authorities will ensure essential services during the lockdown period and requested people not to panic.
"We will issue e-passes to vegetable-sellers, grocers among others to ensure essential supplies during the lockdown," Kejriwal said at a press conference.
The government also banned the export of anti-malarial drug hydroxychloroquine with immediate effect to ensure sufficient availability of the medicine in the domestic market. The medial research body the Indian Council of Medical Research had recommended the use of hydroxychloroquine for treating healthcare workers handling coronavirus cases.