Indian air force gets Apache boost from US 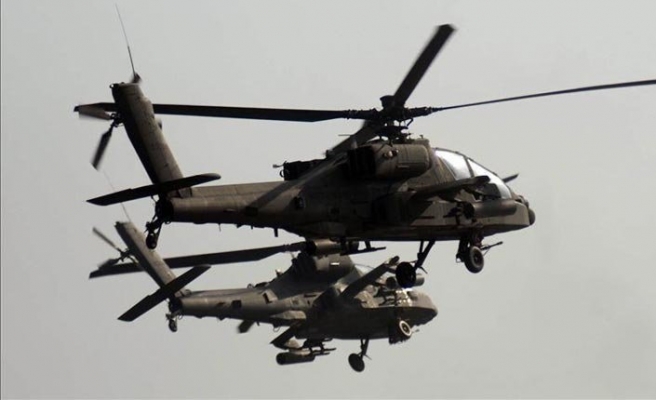 Indian Air Force's (IAF) combat capability got a boost on Tuesday with the induction of eight U.S.-made attack helicopters.

The Apache AH-64E, one of the most advanced multi-role combat helicopters, were delivered at the Pathankot Air station, news agency Press Trust of India reported.

India is scheduled to receive a total of 22 Apache helicopters from Boeing Ltd. after IAF had signed a multi-billion-dollar contract with the U.S. government in September 2015.

The first four of the 22 helicopters were handed over to the air force on July 27 as the remaining helicopters are expected to be delivered by 2020.

India has now become the 16th nation in the world to use the Apache attack helicopters.