The flag march was aimed at infusing a sense of security in the people of the tense areas. 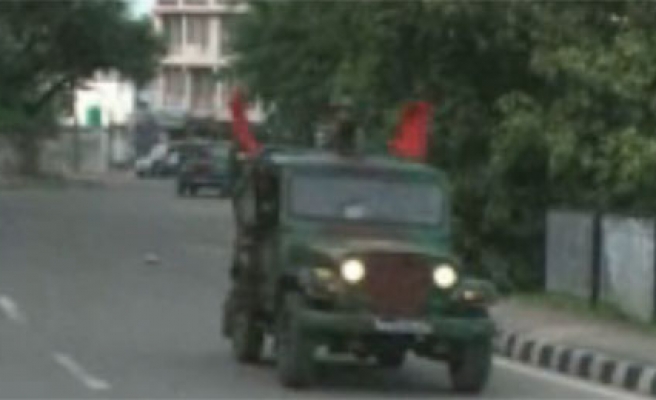 The army today carried out a flag march in the sensitive areas of Jammu in the wake of indefinite curfew imposed. The flag march was aimed at infusing a sense of security in the people of the tense areas.

Authorities had on Sunday imposed indefinite curfew and called out the army to prevent escalation of communal violence in Jammu and Rajouri towns.

Two persons were killed and several others were injured in communal clashes in Kishtwar town on Friday after the Eid prayers. The uncontrolled mob went on rampage and set ablaze more than 80 shops, a petrol pump, an oil tanker, some vehicles of the state police and the fire services department, in addition to government properties.