Families of victims call for justice as ex-minister of ruling BJP, who allegedly led massacre in 2002 riots, walks free 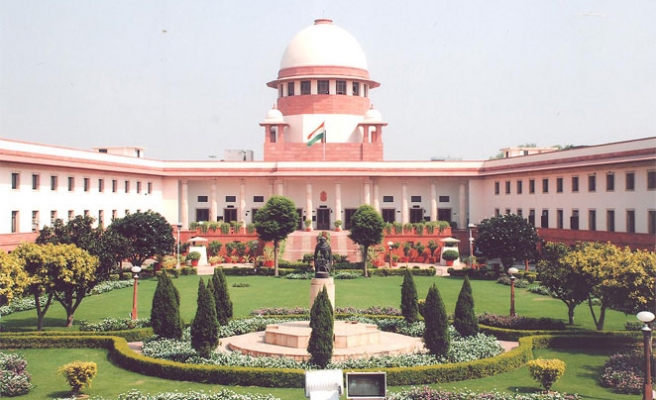 A high court in western Gujrat state on Friday acquitted the ruling Bharatiya Janata Party’s (BJP) former minister, Maya Kodnani, for her alleged involvement in the massacre of Muslims in 2002, according to media reports.

Kodnani was at that time the minister for women and child development in the Cabinet of the then Chief Minister of Gujarat, Narendra Modi, who is the current premier of India.

She was earlier sentenced to 28 years in prison for leading the massacre at Norada Patiya -- a locality in Ahmedabad, the capital city of Gujarat state -- that left 97 Muslims dead during the 2002 Gujrat riots.

In 2012, a trial court had held Kodnani responsible for the mass killings. A Special Investigation Team (SIT) had accused her of being involved in inciting mobs and handed out swords to rioters.

However, the Gujrat High Court said none of the 11 witnesses had named her in the case, NDTV said.

Gujrat is the home state of Modi, who is often criticized for his alleged failure in stopping the 2002 riots that killed more than 1,000 people, vast majority of whom were Muslims. Modi denies any wrongdoing and was also discharged of all charges by the apex court.

The Gujrat High Court also commuted the sentence of convict Babu Bajrangi from life until death to 21 years in jail, according to the Times of India.

Bajrangi was the leader of Bajrang Dal, an affiliate of the BJP's ideological mentor Rashtriya Swayamsevak Sangh.

The high court also rejected an appeal of the victims of the massacre demanding compensation, reported ANI.

According to media reports, out of the 32 convicts in the case, the Gujarat High Court had so far acquitted 17 people, including Kodnani. The conviction of 12 was upheld, verdict on two others was awaited while one accused died.

Families and relatives of victims of the Naroda Patiya riot case said the court’s verdict did not give them justice.

“It is the responsibility of the government to ensure that the guilty were punished, but they failed to provide justice,” Shakeel Banu, a resident of Naroda Patiya, told Anadolu Agency.

“I don’t know whether we will ever get justice,” Banu said.

Teesta Setalvad, who has been fighting for the victims tweeted: “A chief conspirator, is today freed of charge of conspiracy and distributing swords…”