The Supreme Court, which last year banned firecrackers for the Diwali festival, rejected a new call for a ban in the capital amidst growing concern over pollution. 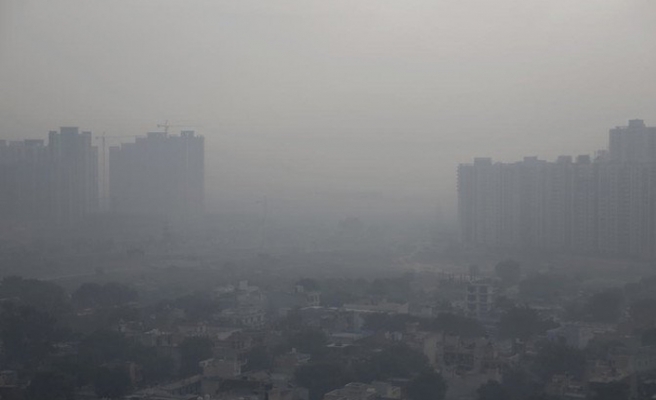 India's top court on Tuesday eased a ban on fireworks for a major Hindu festival despite air pollution in New Delhi and other cities again reaching danger levels.Firecrackers set off for the Hindu festival of lights add to the toxic mix created by farmers burning crop stubble, diesel engines, coal-fired power plants and industrial emissions.

The World Health Organisation in May listed 14 Indian cities, including Delhi, in the world's top 15 with the dirtiest air.

Ahead of Diwali on November 7, the Supreme Court ordered that only reduced smoke fireworks -- so-called 'green firecrackers' -- could be sold and that this must be through licensed traders. No fireworks can be sold online, it said.

The court has also set a two hour window from 8:00pm to 10:00pm for the lighting of crackers on Diwali.

"It needs to be enforced strictly," Gopal Sankarnarayan, a lawyer for the petitioners told NDTV television.

Last year, the Supreme Court suspended the licences of all firecracker sellers in Delhi for one month because of the pollution crisis which leaves the Indian capital's 20 million residents gasping for clean air during the winter months.

However, many ignored the ban and purchased crackers illegally or brought out old stocks.

Smog has climbed in recent weeks as temperatures have fallen and smoke from burning wheat fields in neighbouring states has reached the capital, mingling with urban pollutants.