There were unconfirmed reports that some Muslim shopkeepers had shut their establishments and families had fled the city, fearing retaliatory attacks over the sentences. 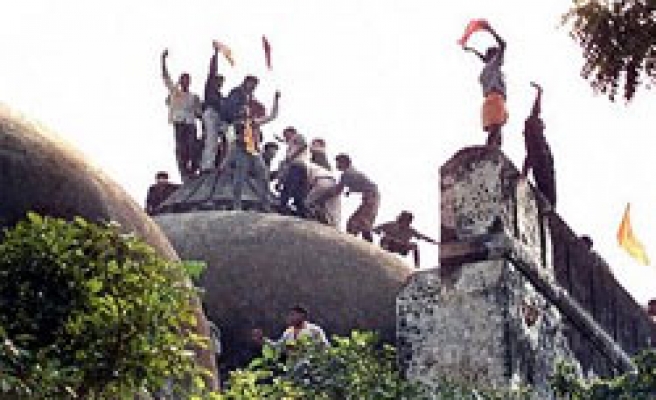 A former Indian state minister was sentenced to 28 years in jail on Friday for murder and conspiracy during one of the country's worst religious riots, when up to 2,500 people, most of them Muslim, were hunted down and hacked, beaten or burnt to death in 2002.

Hundreds of friends and relatives of the 32 people found guilty gathered outside a court in the western city of Ahmedebad to hear the sentences, the final step in a years-long case that cast a spotlight on still simmering communal tension in the world's biggest democracy.

Most relatives of the victims of the riots in Gujarat state stayed away from the court, a sign that 10 years on, memories of the bloodletting by Hindu mobs still cast a pall of fear over the state's Muslim community.

There were unconfirmed reports that some Muslim shopkeepers had shut their establishments and families had fled the city, fearing retaliatory attacks over the sentences.

Maya Kodnani, a sitting lawmaker from the state's ruling Hindu nationalist Bharatiya Janata Party (BJP) and Gujarat minister for women and child development between 2007-2009, was the highest-profile conviction to date in connection with the riots.

The state prosecutor had called for all 32 convicted to face the death penalty, even though India rarely carries out the sentence. All 32 were sentenced to jail, for terms ranging from 14 years to life.

Kodnani's conviction is an embarrassment for both the BJP and Gujarat's high-flying chief minister, Narendra Modi, who is lauded by foreign companies for his business-friendly polices and is often touted as the country's next prime minister.