Mahashta Murasi claims that he was born on June 6, 1835 and has the documents to prove it. 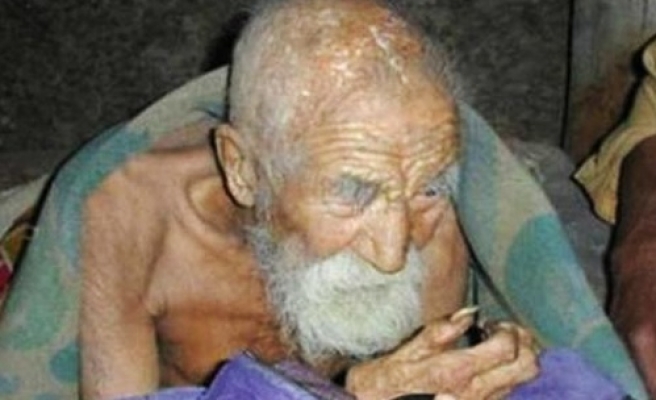 A man in Varanasi, India, has made headlines around the world after claiming that he is 179 years old.

Mahashta Murasi claims that he was born on June 6, 1835 and has the documents to prove it. If proved true, he would become the world's oldest known living person.

According to Murasi, he worked in India as a shoemaker till 1957. He retired at the age of 122.

"Maybe the angel of death has forgotten me," he said. "I've lived for so long I've even seen the death of my grandchildrens' grandchildren."

Murasi, who has no records of health problems, said that his last doctor died in 1971.

He has been entered into the Guinness World Book of Records as the oldest man in Indian history.

I would like to know if he drank milk?

Please this man has been added to limca guiness book of world record.GOD Bless Him.And im sure he make double hundred...