Angry Indian lawmakers disrupted parliament over the killing of farmers protesting against land being acquired for a highway. 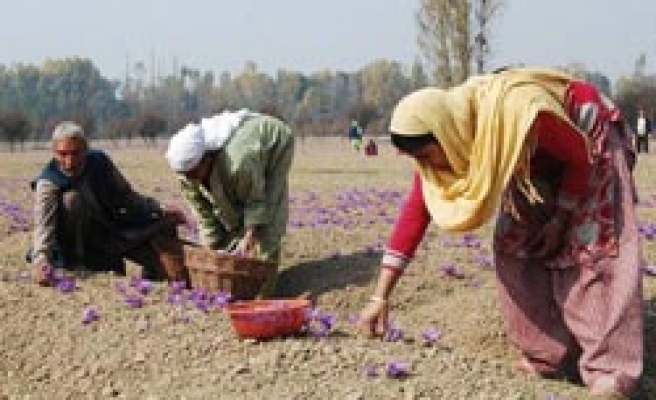 Angry Indian lawmakers disrupted parliament on Tuesday over the killing of farmers protesting against land being acquired for a highway, reviving a debate over farm interests and the need for industrialisation.

At least three farmers were killed in northern Uttar Pradesh state on Saturday when police fired at protesters demanding more compensation for land taken to build a $2 billion six-lane highway to connect the Taj Mahal city of Agra with New Delhi.

The state government has already acquired 1,500 hectares of a total of 43,000 hectares of land needed for the project. Locals say the compensation they received for their land was half the market price of about $20 per sq metre.

The incident was the latest in a string of violence surrounding government efforts to acquire farmland for industry in India, where two-thirds of the 1.2 billion population is dependent on agriculture.

Such protests have stalled plans for power utilities, roads and steel mills in Asia's third-largest economy where poor infrastructure is a long-standing obstacle to growth and have delayed crucial foreign investment in these sectors.

The series of clashes mirror problems in Asian rival China, where too rapid urbanisation has pitted local government against villagers who demand more control of their land.

"We shall have to ensure the farmers are not disturbed, their interests are not jeopardised, because they have to play the most positive role in respect of ensuring food security," Finance Minister Pranab Mukherjee told parliament.

The row also reflects the quest to control Uttar Pradesh, India's politically most important state that sends the most number of lawmakers to the federal parliament.

India's ruling Congress party has set its sights on reviving its fortunes in state elections there in 2012.

Analysts blame delays in getting land as the single biggest hurdle in infrastructure projects, including multi-billion dollar investments by top steelmakers like ArcelorMittal, South Korea's POSCO and Tata Steel.

Protests over mining on tribal land in the eastern state of Orissa have stalled plans of UK-based mining group Vedanta Resources Plc to extract bauxite there.

"We are giving them two days. We have lost our brothers and friends. If they do not revise the compensation amount soon, we will start blocking highways and setting police stations on fire. Enough is enough," Satyadev Mandela of Gangholi village told the Times of India newspaper.

But officials in Lucknow, the capital of Uttar Pradesh, said they were in talks with farmers to give them a higher price and Mukherjee said he was optimistic.

"Till late evening talks were going on for an amicable settlement and there is a possibility to arrive at a solution," Mukherjee said.