The ordinance allows convicted lawmakers to remain in office and stand for election. The controversial decree now awaits the approval of President Pranab Mukherjee 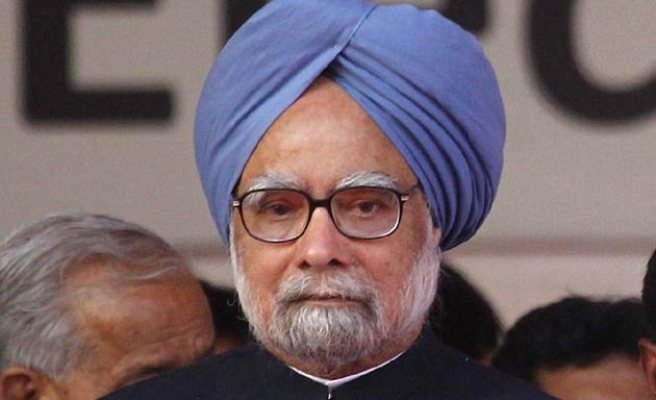 Indian Prime Minister Manmohan Singh is planning to meet with leader of the ruling Congress Party Sonia Gandhi and her deputy Rahul Gandhi to discuss a controversy caused by an ordinance that would allow federal and state legislators to remain in office even if found guilty of crimes punishable by up to two years in jail.

"Once I return, I will find out the reasons why it had to be done that way and discuss with my colleagues how to deal with it,” Singh told reporters Tuesday on his way back home from the UN General Assembly in New York.

"I will tell you what is my opinion on the ordinance. It is complete nonsense," Rahul Gandhi said. "It should be torn up and thrown away."

Rahul's criticism was seen as undermining and humiliating the Indian premier.

Ever since, the Congress Party has been at pains to defend Singh, with Sonia Gandhi making it a point to assert that the entire party stands behind the Indian premier.

According to Zee News channel, Singh said he will try to "find out the reasons" why Rahul Gandhi had chosen to rubbish the ordinance "that way".

The ordinance allows convicted lawmakers to remain in office and stand for election. The controversial decree now awaits the approval of President Pranab Mukherjee.

The bill comes in the wake of a July ruling by the Indian Supreme Court stipulating that no member of parliament or the state legislature can continue in his or her elected office if found guilty of any criminal offence that carries a sentence of two or more years in prison.

The verdict stressed that elected representatives should be disbarred from office during their appeal hearings and could only return to office if found not guilty by court.

Before the ruling, many politicians convicted of serious offences, including murder and kidnapping, had continued to hold office after filing appeals with higher courts -- a process that can often take years before final verdicts are issued.

The Indian prime minister ruled out his resignation over the issue.

"There is no question of resigning," he was quoted as saying by the TV channel.

When quizzed by reporters whether he was upset with Rahul Gandhi's criticism, Singh said he doesn't get upset easily as "he is used to ups and downs."

Asked whether he will withdraw the controversial bill, Singh said, "I will discuss it with my colleagues and see which way the wind is blowing."

Asked whether he was upset over developments since the approval of the ordinance, he said "we are not an authoritarian structure in which one person lays the line all the way".