Police evacuated more than 10,000 followers on Wednesday from the fortified compound of a bizarre cult headed by 'godman' Satguru Rampalji Maharaj before capturing him 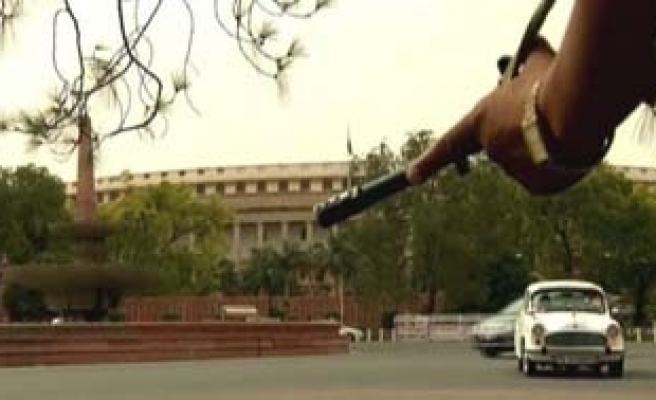 A self-styled Indian religious leader was charged on Thursday with sedition and waging war against the state after a days-long siege of his sprawling compound ended in his arrest along with 450 hardcore followers.

Police evacuated more than 10,000 followers on Wednesday from the fortified compound of a bizarre cult headed by 'godman' Satguru Rampalji Maharaj before capturing him late in the evening.

Rampal, as the 63-year-old former engineer is known to his followers, was shown in TV news footage gripping the bars of a holding cell. He had been wanted for ignoring more than 40 court summonses in connection with a murder case.

"I am innocent," Rampal told reporters as he was brought out, handcuffed, from a court in the northwestern city of Chandigarh. "All allegations against me are false."

Police used tear gas, water cannon and bulldozers to storm Rampal's 12-acre (5-hectare) base on Wednesday, breaching resistance from a human chain of supporters outside, and men throwing stones and bottles filled with acid from its roof.

Officials said the bodies of five women and one infant had been found. There were no bullet marks or injuries on the dead, who were sent for postmortem examinations.

Tensions rose last week after a judge ordered Rampal's arrest over a 2006 murder case, in which he is accused of telling supporters to open fire on villagers, killing one and injuring six.

Rampal heads a sect that worships the 15th-century poet and mystic Kabir, known for a message of tolerance that is followed by people of varied faiths.

He is one of an array of spiritual leaders in India who attract devoted followings and, in some cases, gain significant money, power and political influence.