Interior minister of state for the region, Sajjad Kitchloo, said members of the Border Security Force (BSF) had opened fire on protesters in the Gool area. 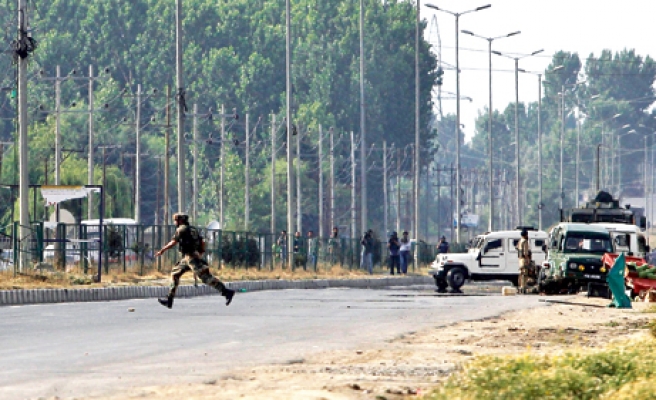 Indian paramilitary soldiers fired at protesters in the Kashmir region on Thursday, killing four and wounding 40 members of a crowd demonstrating against what they said was the desecration of the Koran by Indian security forces.

Interior minister of state for the region, Sajjad Kitchloo, said members of the Border Security Force (BSF) had opened fire on protesters in the Gool area.

"Four people were killed and 40 are injured," Kitchloo said.

Kashmir is divided between India and Pakistan, both of which claim all of the territory. They have fought two of their three wars over the region and India accuses Pakistan of supporting separatist rebels fighting its rule in its part of Kashmir since 1989.

Muslim Pakistan denies arming the rebels, saying it only offers them political support.

Protesters said four members of the BSF had barged into an Islamic school in Dadad village on Wednesday night and beaten students and desecrated the Koran, the Muslim holy book.

"As the news spread, people came out in protest which continued throughout the night," said one protester, Mehjoor Dar.

A spokesman for the security force was not available for comment.

Another protester, Ghulam Nabi, said about 5,000 people had gathered outside a BSF camp when members of the force opened fire.

Protesters also clashed with police in Kashmir's main city of Srinagar, 175 km (110 miles) from where the shooting took place, and some blocked the main road south to the city of Jammu.