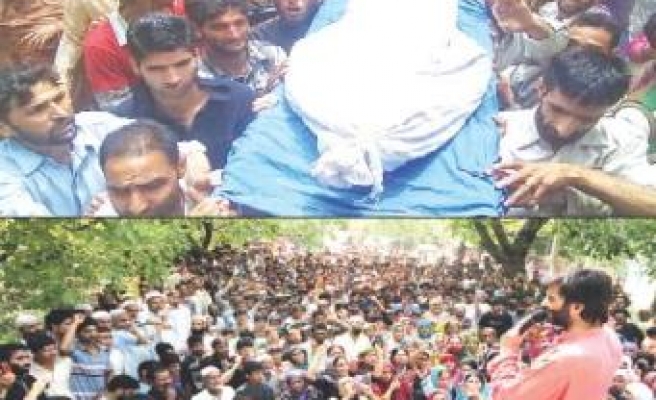 According to the data, of those killed, one young boy was killed in a fake encounter and another ruthlessly tortured to death by the personnel of paramilitary forces in their camp.

During the month, 170 people were critically injured when Indian police and paramilitary personnel used force against peaceful demonstrators at different places in the occupied territory. 54 civilians including young boys were taken into custody during siege and search operations.

Meanwhile, complete strike was observed for the second consecutive day, today, in Shopian against the killing of a young boy, Aaqib Ahmad, by Indian troops in the area. Clashes were also reported between the personnel of Indian paramilitary forces and protesters in the town.