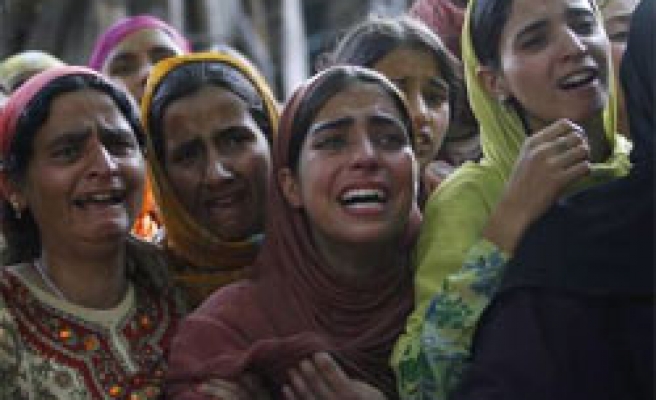 A nearly three-month-long separatist strike, curfews and security lockdowns have kept the Muslim-majority Kashmir valley on the boil, shutting down much of a region where tens of thousands have been killed since an uprising and subsequent Indian crackdown in 1989.

The killings of civilians have fuelled anger in Kashmir, a Himalayan region where sentiments against New Delhi's rule run deep. The fresh deaths of protesters aged 17 and 25 brought thousands out into the streets shouting "we want freedom", Reuters nes agency said.

Local residents said there was no clash with the troops, but soldiers fired when the protesters refused to disperse. The state government has ordered a probe into the shooting incident.

India is out of control and the World is doing nothing.