Arvind Kejriwal, a 46-year-old former tax official, was sworn in as Delhi's chief minister in a public ground filled with thousands of his supporters 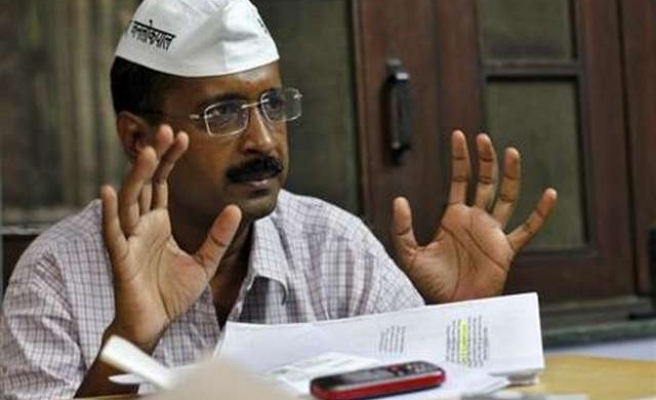 A two-year-old anti-graft party took office in the Indian capital on Saturday, promising to fight divisive politics in a challenge to the federal government of Narendra Modi that has faced criticism for attacks on churches and other minorities.

The Aam Aadmi or Common Man Party handed Modi's Bharatiya Janata Party the biggest defeat this week any party has suffered in decades, promising to protect women in the crime-ridden mega city and deliver drinking water and power.

Arvind Kejriwal, a 46-year-old former tax official, was sworn in as Delhi's chief minister in a public ground filled with thousands of his supporters, wearing boat-shaped white caps emblazoned with the words: "I am a common man."

He said there had been a spate of attacks on churches in recent days and his administration would move quickly to ensure the capital remains safe for people of all faiths.

"Some people are trying to stir up politics of hatred. We will not tolerate this," he said.

On Friday, people broke into a Christian school in south Delhi, stole some money, damaged closed-circuit television cameras and ransacked parts of the building.

It was the sixth attack on a Christian building in the city, prompting Modi to summon the city police chief and ask him to tighten security around religious places.

Modi's rivals, however, say he is not doing enough to rein in the hardliners in his Hindu nationalist party and affiliate groups who have been quarrelling with Muslim and Christian groups over religious conversions.

Kejriwal, whose first term as Delhi chief minister lasted just 49 days and ended in chaos exactly a year ago, also promised to fight Delhi's "VIP culture" of politicians and their motorcades and retinue of servants that citizens have come to resent.

"We will neither have red beacons on top of ministers' vehicles, nor on the chief minister's car," he said to loud applause.

Kejriwal's rise to power does not immediately present a threat to Modi as his party has little presence outside Delhi. But his stunning victory has re-energised regional leaders who are bitterly opposed to Modi and are preparing for a clutch of state elections over this year and the next.