Water sharing and exchange of land in border regions may be discussed during Indian foreign minister's trip to Bangladesh. 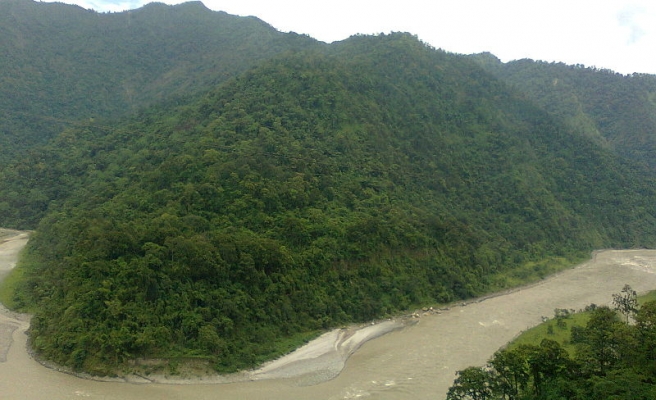 Water-sharing and negotiations about border sharing issues are expected to be high on the agenda as India's foreign minister visits Bangladesh on Wednesday.

Sushma Swaraj has arrived in Bangladesh for a three-day trip, her first to a foreign country since being appointed to the Bharatiya Janata Party's new cabinet.

“This is Ms. Swaraj’s first stand-alone visit abroad as external affairs minister. It reflects the importance that India attaches to its bilateral relationship with Bangladesh, a close friend and neighbour,” said a press release from India’s Ministry of External Affairs on Saturday.

During the visit, Bangladesh is expected to press for the signing of a long-awaited water-sharing agreement regarding the river Teesta, which runs through both India and Bangladesh.

They also want ratification of the Land Boundary Agreement by India's parliament, which would mean the exchange of some enclaves held by both countries in order to allow a more distinct border. India may make a fresh proposal for a road and railway transit through Bangladesh to India's north-eastern territory, which wraps around Bangladesh and is somewhat isolated from the rest of India.

Swaraj may also focus on issue of Bangladeshi "illegal migration" to India, an issue which was highlighted by her party during their election campaign.

India recently denied Bangladesh’s request for its citizens to be granted on-arrival visas, after opposition from the eastern Indian state Assam’s government. Bangladesh may agree to allow the passage of Indian food grains through Bangladesh, to north-eastern Indian territory.