Critics say that Modi's nationalist Bharatiya Janata Party has a deep-seated bias against Muslims and that it is pursuing Hindu-dominant agenda. 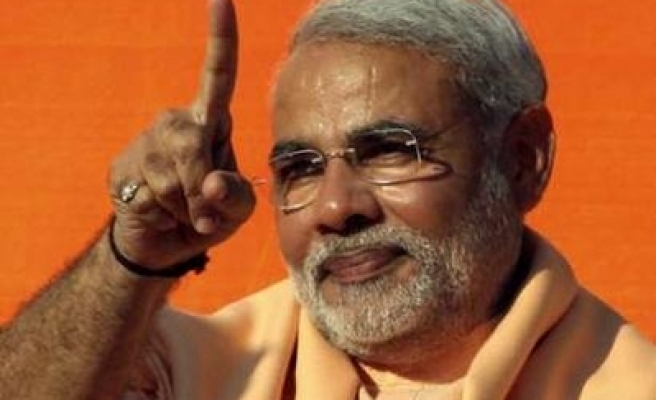 Indian Prime Minister Narendra Modi sought on Thursday to draw a line under a row sparked by a minister's derogatory comments about non-Hindus, urging angry parliament deputies to accept her apology and move on.

But opposition lawmakers in the upper house held firm on their demand that Sadhvi Niranjan Jyoti be fired for the speech, threatening to derail Modi's plans to pass a raft of legislation including a long-delayed insurance reform. The opposition commands a majority in the upper house.

The saffron-clad Jyoti, a former preacher, told voters at a campaign rally in Delhi this week that they must "decide whether you want a government of those born of (Hindu god) Ram, or those born illegitimately".

Critics say that Modi's Hindu nationalist Bharatiya Janata Party (BJP) has a deep-seated bias against Muslims and that Jyoti's speech reflected a broader plan to promote a Hindu-dominant agenda in a country of 1.2 billion people with a very large population of religious minorities.

Jyoti, a high school graduate and a first-time member of the federal parliament, apologised a day after her remarks prompted calls that she be prosecuted for violating the secular spirit of India's constitution.

On Thursday, Modi weighed in briefly, urging the upper house of parliament to accept the minister's apology amid a third straight day of protests.

"I request the house that now that the minister has given an apology, and there is a message in it for all of us - let us get on with our work in the interest of the country," said Modi.

Opposition deputies were not satisfied with Modi's remarks and forced an adjournment of the upper house as they swarmed to the centre of the chamber shouting slogans.

Jyoti, who is from Uttar Pradesh state, India's most populous, is one of scores of BJP first-timer deputies elected in Modi's landslide victory this May. Many are drawn from hardline Hindu affiliates such as the Vishwa Hindu Parishad who were given tickets to mobilise the religious vote.

Emboldened by their stunning election victory, some of these leaders have taken a stridently pro-Hindu line, reigniting fears that Modi's broader development agenda will be hijacked by divisive religious politics.

"How can you have a minister of the government of India speak like this?" Congress leader Anand Sharma said.

Modi needs the support of the opposition to pass a bill to liberalise investment in the insurance sector during the session of parliament ending later this month. The bill, first championed by the last government, enjoys broad backing with just a few details left to iron out.

But the new row over the minister's remarks has given the opposition a platform to unite and fight back after their defeat in the election.

Derek O'Brien, a leader of the Trinamool Congress, one of the largest regional parties in parliament, said the upper house would not resume functioning unless the minister resigned.

"The key is with the government, they must decide how to open the Rajya Sabha," O'Brien said, referring to the name of India's upper house.