Modi and host Prime Minister Shinzo Abe are also expected to strengthen defence ties, speeding up talks on the sale of an amphibious aircraft to the Indian navy. 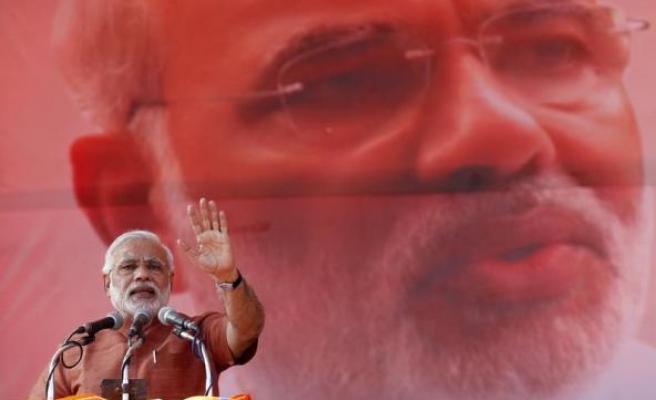 India is hoping to win Japanese backing for a nuclear energy pact during a visit by Prime Minister Narendra Modi, and lure investment into its $85 billion market while addressing Japan's concern about nuclear proliferation.

India has been pushing for an agreement with Japan on the lines of a 2008 deal with the United States under which India was allowed to import U.S. nuclear fuel and technology without giving up its military nuclear programme.

But Japan wants explicit guarantees from India, which has not signed the international Nuclear Nonproliferation Treaty, to strictly limit nuclear tests and to allow more intrusive inspections of its nuclear facilities to ensure that spent fuel is not diverted to make bombs.

India, which sees its weapons as a deterrent against nuclear-armed neighbours China and Pakistan, has sought to meet Japan's concerns and over the past month the two sides have speeded up negotiations ahead of Modi's visit.

"Serious efforts are being made to resolve any special concerns that Japan has. Whether it will be fully resolved and ready for signing before the end of the PM's trip is unclear," said a former member of India's top atomic energy commission who has been consulted in the drafting of the energy pact.

Modi and Abe will not seal an agreement at next week's summit, TV Tokyo reported on Thursday, but the meeting will be closely watched for any progress toward a pact.

Japanese officials were tight-lipped about prospects for a nuclear deal.

Modi travels to Japan on Saturday for a five-day visit, his first major bilateral trip since taking over in May. The visit is being billed as an attempt by the two democracies to balance the rising weight of China across Asia.

Modi and host Prime Minister Shinzo Abe are also expected to strengthen defence ties, speeding up talks on the sale of an amphibious aircraft to the Indian navy.

Abe is keen to expand Japan's network of security partnerships with countries such as Australia and India to cope with the challenge presented by China.

The two leaders will agree to have their countries jointly produce mixed rare earth minerals and metals, key elements in defence industry components and modern technology, the Nikkei business daily said on Thursday.

Another focus is infrastructure, with the Indian leader seeking Japanese backing for the high-speed 'bullet' trains he promised to voters in his election campaign.

Japanese companies are also reluctant to step in without clarity on nuclear disaster compensation, especially in the wake of the Fukushima catastrophe of March 2011, the world's worst since Chernobyl in 1986.

A civil nuclear energy pact with India would give Japanese nuclear technology companies such as Toshiba Corp and Hitachi Ltd access to India's fast-growing market as they seek opportunities overseas to offset a backlash at home in response to the Fukushima disaster.

India operates 20 mostly small reactors at six sites with a capacity of 4,780 MW, or 2 percent of its total power capacity, according to the Nuclear Power Corporation of India Limited. The government hopes to increase its nuclear capacity to 63,000 MW by 2032 by adding nearly 30 reactors.

India is considering a Japanese proposal for a separate commitment not to test nuclear weapons over and above a self-imposed moratorium it declared after testing in 1998.

Another possibility is that Modi gives a personal assurance to Abe on India's nuclear weapons programme to help allay concern in Japan, the only country to have suffered a nuclear attack and which has since been a champion of non-proliferation and disarmament.

"India and Japan are laying the foundations of a bigger deal," said former vice chief of Indian army Lieutenant General A.S. Lamba, an expert on ties with Japan.

"It's no use rushing into something that fails to get off the ground, which is what happened to the India-U.S. agreement. This is being constructed slowly. This is a defining moment."