"I will make such an arrangement that all the roads that are today helping Bangladeshis enter and destroy Assam are closed," Modi said at the event organised by his Bharatiya Janata Party 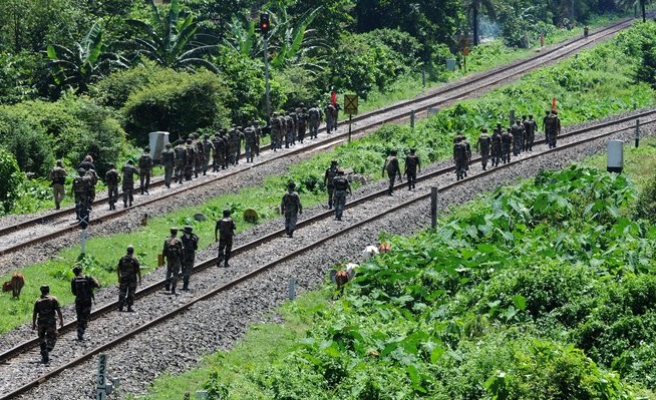 India's Prime Minister Narendra Modi on Sunday stepped up his rhetoric against immigration from Bangladesh, vowing to halt the unauthorised flow of citizens from the neighbouring country into the northeastern state of Assam.

At election rallies before he became prime minister in May, the Hindu nationalist leader repeatedly called for tighter border controls and warned illegal immigrants from Bangladesh to have their "bags packed".

The calls prompted a strong reaction from Bangladesh, and its feathers are likely to be ruffled again by his latest comments to a party rally in Assam, where religious tension has been growing after massacres of Muslims in the past two years.

"I will make such an arrangement that all the roads that are today helping Bangladeshis enter and destroy Assam are closed," Modi said at the event organised by his Bharatiya Janata Party, which is looking to make inroads into the state.

"To ensure this, even a transfer of land will be used."

India and Bangladesh have been negotiating a land swap for years to resolve a long-running border conflict. Modi said a swap would help Assam permanently resolve the immigration issue that has dominated its political landscape for decades.

"On the issue of land transfer, I know and understand the sentiments of the people of Assam," Modi added. "Whatever we do, there might be a perception of a short-term loss, but ultimately Assam will gain in the long run."